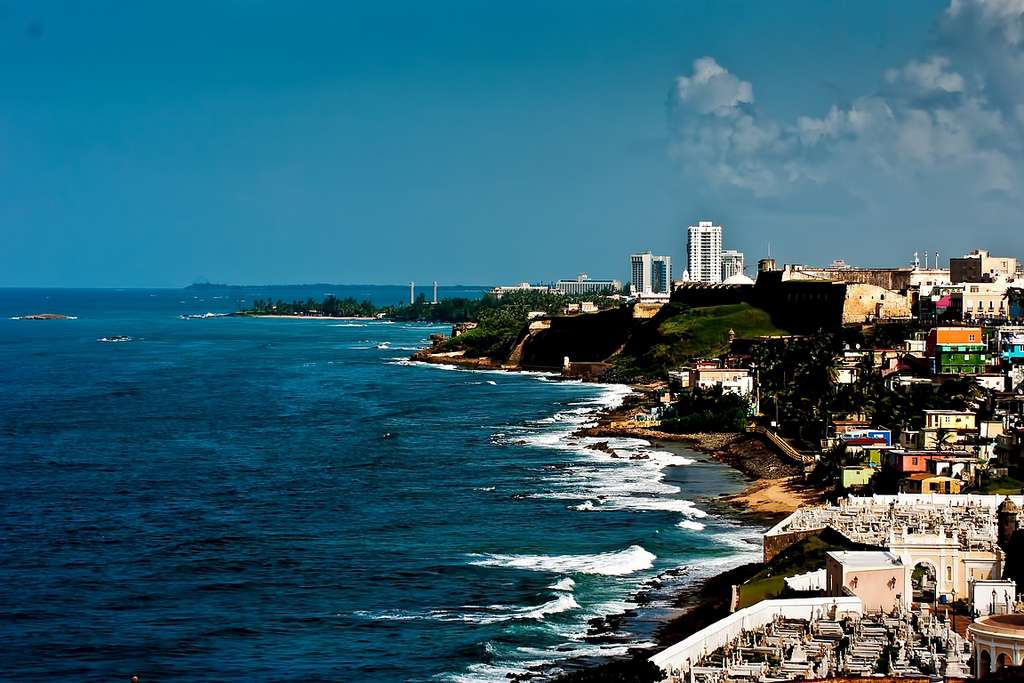 Officials said it could take 24 to 36 hours to fully restore power to more than 1.4 million customers as outrage grew across the island about the state of Puerto Rico’s Electric Power Authority. It is the second major outage in less than a week, with the previous one affecting some 840,000 customers.

“This is too much,” said Luis Oscar Rivera, a 42-year-old computer technician who just got normal power back at his house less than two months ago. “It’s like the first day of Maria all over again.”

Several large power outages have hit Puerto Rico in recent months, but Wednesday was the first time since the Category 4 storm struck on Sept. 20 that the U.S. territory has experienced a full island-wide blackout. It snarled traffic across the island, interrupted classes and work and forced dozens of businesses to temporarily close, including the island’s largest mall and popular tourist attractions like a 16th-century fort in the historic part of Puerto Rico’s capital.

Backup generators roared to life at the island’s largest public hospital and at its main international airport, where officials reported no cancellations or delays. Meanwhile, the power company said its own customer service center was out of service and asked people to go online or use the phone.

Officials said restoring power to hospitals, airports, banking centers and water pumping systems was their priority. Following that would be businesses and then homes.

Carmen Yulin Cruz, mayor of the capital of San Juan, said the outage would not interrupt the last of a two-game series between the Cleveland Indians and Minnesota Twins, which is being played on the island. She said all emergency systems at Hiram Bithorn stadium are functioning and that tower lights and additional security will be placed at the stadium’s parking lot.

It is the second such incident in less than a week. On Thursday, a tree fell on a power line as crews were clearing land in central Puerto Rico, leading to a widespread power outage. A backup line that was supposed to prevent that outage failed.

Fredyson Martinez, vice president of a union that represents power company workers in Puerto Rico, told The Associated Press that he was concerned about the two back-to-back incidents.

“That is not normal,” he said.

Angel Figueroa, president of the same union, told reporters workers are investigating why a backup breaker at a main power station in the island’s southern region did not function when the outage occurred, causing the entire electrical grid to shut down to protect itself. He noted it was the same problem that caused a 2016 power outage that affected the entire island.

Rivera said he worries that such serious power outages are still occurring as the new Atlantic hurricane season, which starts on June 1, approaches.

“If there’s a slight storm, we’re going to be worse off than we are right now,” he said.

Federal officials who testified before Congress last week said they expect to have a plan by June on how to strengthen and stabilize the island’s power grid, noting that up to 75 percent of distribution lines were damaged by high winds and flooding. Meanwhile, the U.S. Army Corps of Engineers, which is overseeing the federal power restoration efforts, said they hope to have the entire island fully energized by May. Some 40,000 power customers still remain without normal electrical service as a result of the hurricane.

The new blackout occurred as Puerto Rico legislators debate a bill that would privatize the island’s power company, which is $14 billion in debt and relies on infrastructure nearly three times older than the industry average.