Ex-Microsoft CEO Ballmer Steps Down From Company’s Board 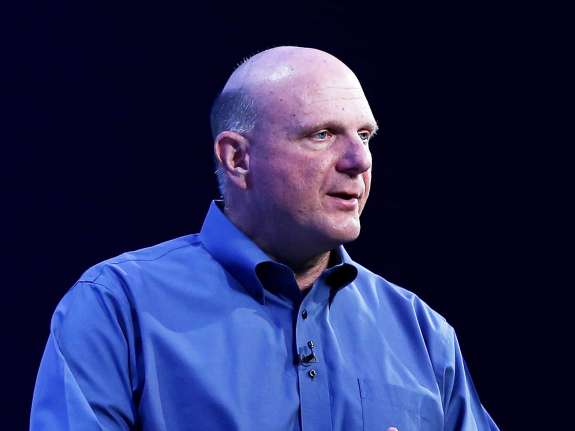 Steve Ballmer, the new owner of the Los Angeles Clippers, is stepping down from Microsoft's board. Ballmer, who recently resigned as Microsoft's CEO, is the largest individual shareholder of the company.
Image credit: Justin Sullivan

Former Microsoft CEO Steve Ballmer, 58, has resigned from the company’s board citing other time consuming commitments including his new ownership of the Los Angeles Clippers.

Tuesday’s announcement closes a chapter in Ballmer’s 34 years with the software giant. He remains the largest individual shareholder in the company.

Ballmer spent $2 billion of his roughly $20 billion fortune on the Clippers purchase, which a judge confirmed last week.

As Microsoft’s CEO, he was known for his loud and enthusiastic cheerleading at developer conferences. He brought that same energy to a public Clippers gathering earlier this week during a rally at the Staples Center.

Now that all that energy is going into the Clippers and teaching jobs, Ballmer wrote it would be impractical for him to continue to serve on the board.

“The current directions and restructuring underway at Microsoft are substantially different from the ones that Steve was responsible for,” he says.

Adrian says Ballmer was always a Microsoft first kind of leader, and Nadella is moving in a direction that will enable the company’s software and technology to work more easily with the products of other companies.

Ballmer did say in his resignation letter that he promised to continue to hold his position as Microsoft’s largest individual shareholder into the foreseeable future.