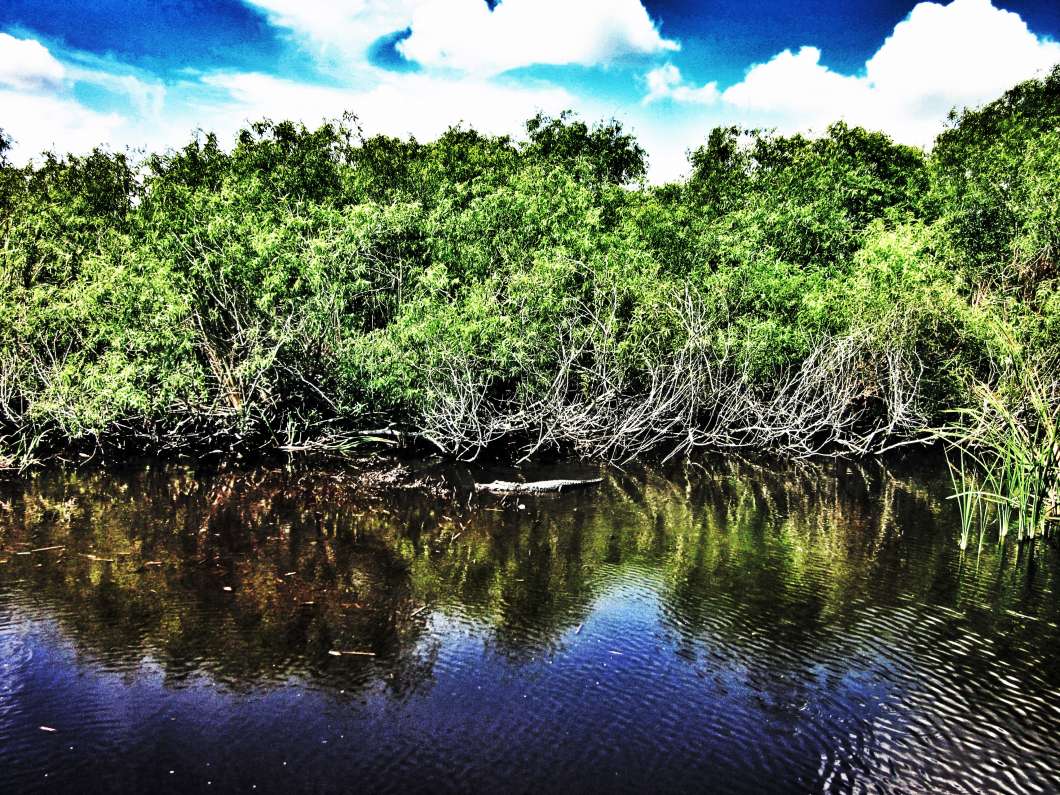 The Everglades, Florida’s vast fresh water system that starts near Orlando and meanders South, is in trouble. Eight million people depend on the Everglades for their drinking water, and some 17 billion dollars has been approved for projects to restore the river of grass. A lack of fresh water flowing into the everglades threatens the drinking water for a third of Florida’s population, and polluted water from Lake Okeechobee causes toxic algal blooms that clog the beaches.

For years environmental advocates and sugar growers have clashed over how to restore the river of grass, and billions of dollars in projects to do just that aren’t going anywhere.

90.7’s Amy Green and Kate Stein, from our sister station WLRN, have been digging into the problems and solutions surrounding the Everglades and we’re running their stories all week.

“It’s sort of out of the public consciousness. We don’t necessarily drive out into the Everglades, most of us, or really think to hard that 8 million Floridians depend on the ecosystem for water,” explained Stein. “So, there’s not necessarily a lot of public attention.”

“I suppose it’s not surprising when you remember that before modern Florida much of the peninsula was under water, but the research is telling us now with sea level rise and some other things, that we need much more water storage in the system to return it to a health functioning thing,” said Green.

Green and Stein joined 90.7’s Matthew Peddie to talk about their series: River of Grass, Dying of Thirst