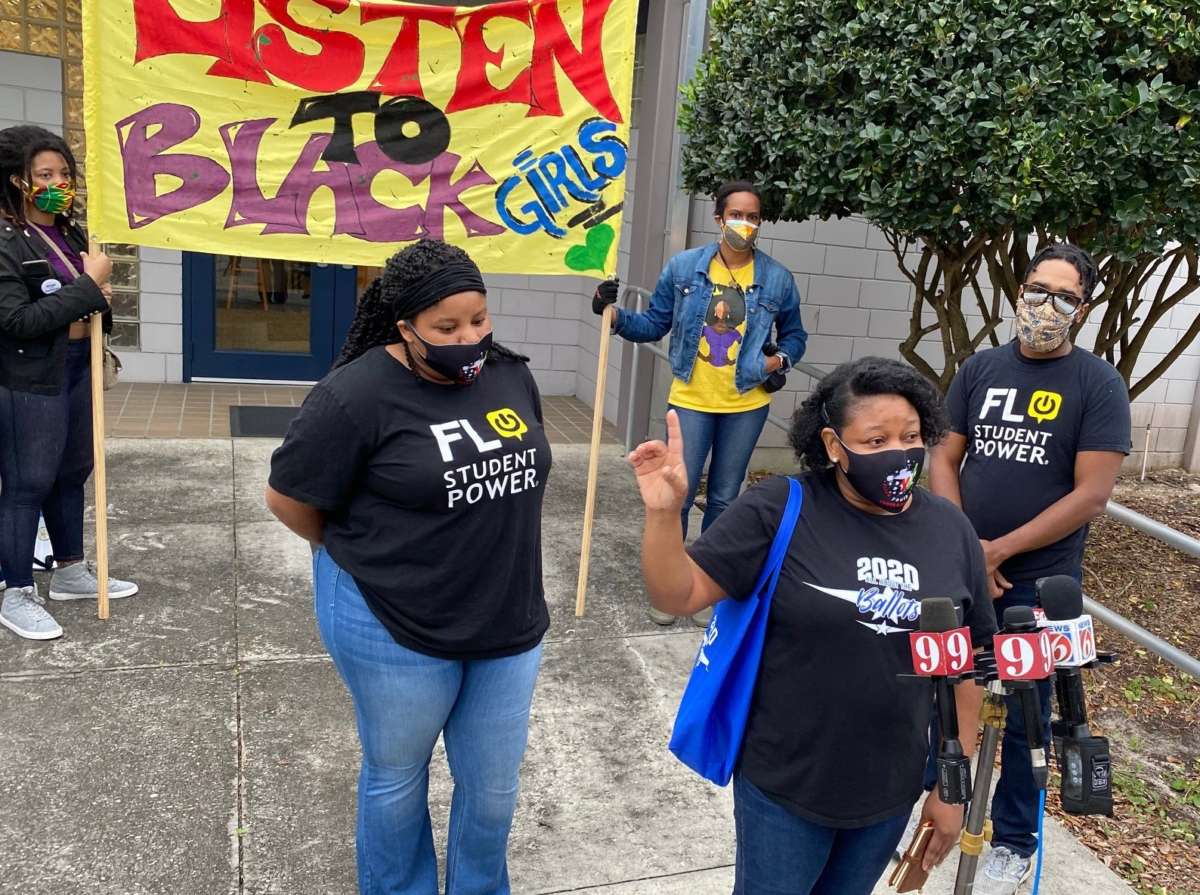 Cassandra Brown of Leesburg speaks at a press event and protest organized by the Florida Student Power Network outside the Lake County School Board office on Monday evening. Photo: Joe Byrnes

A dozen people rallied before a School Board meeting in Tavares Monday evening about two weeks after a deputy at Eustis High used a Taser on a 15-year-old Black girl.

Cassandra Brown of Leesburg and her 18-year-old daughter joined the protesters.

“How do we help the children?” Brown said. “We do not tase the children. How could we have gotten her help? The student needed help.”

In the Eustis case, the girl slapped, punched and kneed the deputy, who was trying to stop a fight.

Sgt. Fred Jones told the board not to consider removing deputies.