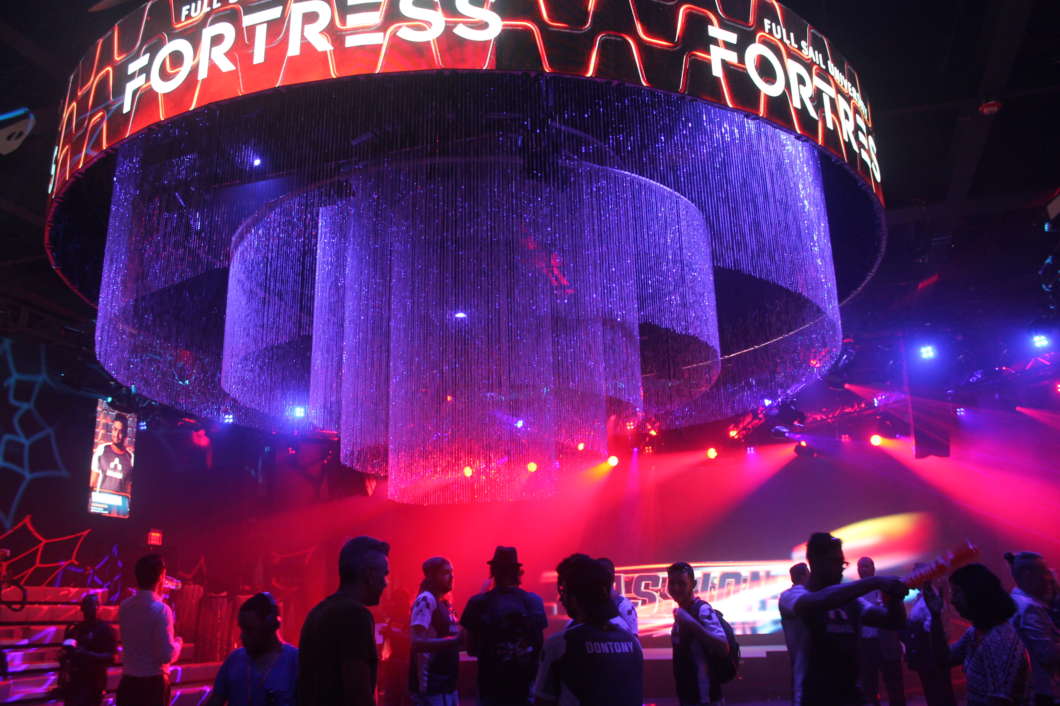 Fans of multiplayer games like Fortnite can now watch live tournaments at a new esports arena in Winter Park.

The Fortress at Full Sail University opened Tuesday and can seat as many as 500 fans.

The lights are up and the music’s loud.

Players smile and flash their jerseys on LED screens on the wall.

But the scores kept on the 360 degree rig in the middle of the room aren’t counted in periods or quarters.

That’s because The Fortress, the newly opened collegiate esports arena at Full Sail University, is home to tournaments of multiplayer games like Fornite and Overwatch.

Full Sail President Garry Jones says the space will be used by the college’s esports team the Armada.

But he says The Fortress will also host games for other collegiate and professional esports teams.

“We’re going to see a lot of attraction to Central Florida and Winter Park from people coming to have esports competitions here.”

He says the arena will attract fans from around the country.

“The Fortress is just another great offering to residents and guests. We look forward to welcoming guests and new friends from around the globe in person and streaming in.”

Orlando is already a hub for modeling and simulation and we’re poised to become a destination for the growing esports industry. @FullSail‘s new esports arena, named The Fortress, which is now officially open, will play a role in attracting events to our region. pic.twitter.com/ICF02gucts

Anthony Baccaro plays Overwatch as part of the Armada.

And now with the opening of The Fortress he says he’s ready to do that in front of a live audience.

“My dream has always been to be a professional player. And although collegiate isn’t necessarily professional, it gives me a little taste right now about what it means that. So it feels pretty good.”

The esports arena can seat as many as 500 fans.