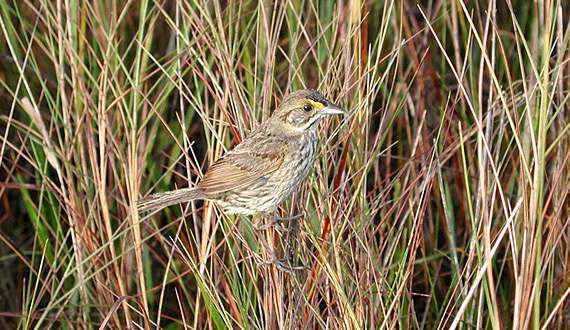 Environmentalists are calling on the U.S. Army Corps of Engineers to control flooding in Everglades National Park that they say is jeopardizing an endangered sparrow.

The Center for Biological Diversity and other scientists say flooding in the western Everglades National Park is threatening the Cape Sable seaside sparrow with extinction.

Stuart Pimm of Duke University says the U.S. Army Corps of Engineers should move more water east and maintain a dry period of the sparrow’s habitat during nesting season.

“My colleagues and I feel very strongly that an organization like the Army Corps ought not to be driving a species to extinction in the middle of one of our national parks.”

Pimm says the flooding has cut the sparrow’s population in half. Some 2,500 remain.

An Army Corps spokeswoman says the agency is working to balance the needs of the Cape Sable seaside sparrow with those of the Everglades and other species living there.