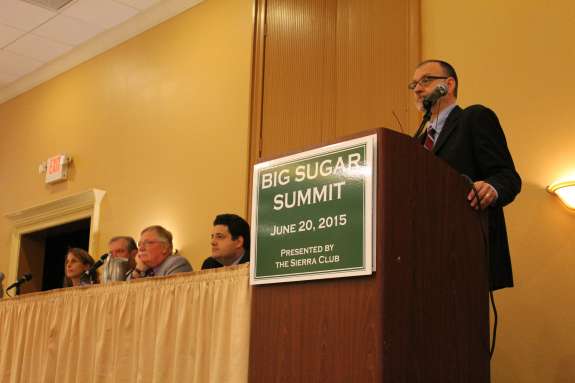 They gathered over the weekend in West Palm Beach for a “Big Sugar Summit.”

“They need to be toxic, that no elected official ever wants to take money from them. So the bottom line is without that we cannot win.”

Environmentalists wanted the U.S. Sugar land for a reservoir, but the purchase failed to gain much support among state leaders.

Discussions were on sugar growers’ political influence, history in the state and impact on the Everglades.

Hendry County Commissioner Karson Turner says environmentalists’ attacks on sugar growers affirms the need in the region south of the lake to diversify its economy. U.S. Sugar is based in Hendry County.

“U.S. Sugar is one of the biggest advocates to helping Hendry County be able to overcome some of its inabilities from an economic standpoint.”

U.S. Sugar is the nation’s largest producer of sugar cane. It says the land is not necessary for Everglades restoration.