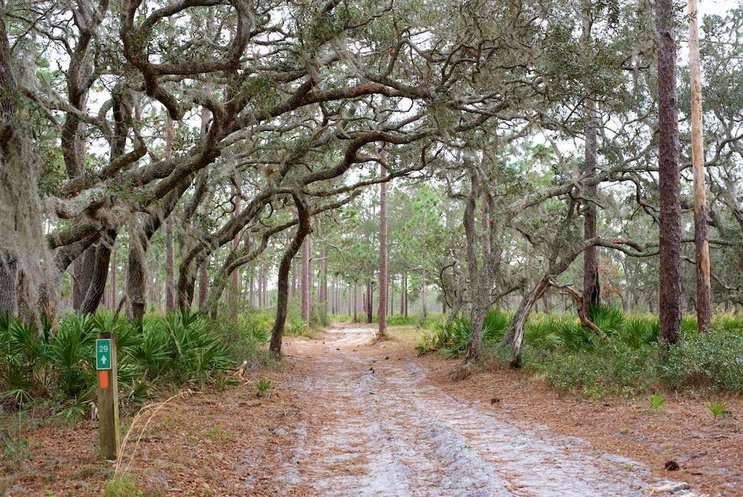 Off the sandy path, Dave Wegman squats near a small burrow hidden behind scrub.

“Careful,” he warns, pointing to the white sand circling the half-moon hole like a skirt. Gopher tortoises lay their eggs under the smooth surface, but it looks like no one’s home today.

No hunting, camping or biking is allowed in Split Oak – only hiking and permitted horse riding. Since 1997, Wegman says, he’s used Split Oak as a beautiful respite from the outside world – which is why he was shocked to learn local transportation officials planned to cut right through the middle of this public land to expand a toll road.

Last year, the Osceola County Expressway Authority planned to expand the Osceola Parkway east almost 10 miles with routes that would bisect Split Oak. The Central Florida Expressway Authority has decided to take another look at the proposed routes and will likely make a decision on the feasibility of the project in March. Tavistock and Deseret Ranches, two major developers in the area, have reportedly offered almost 1,400 acres around Split Oak as conservation.

Developers say that avoiding the forest entirely would push the road into future subdivisions – but environmentalists argue Split Oak, a remnant of Old Florida, is worth protecting.