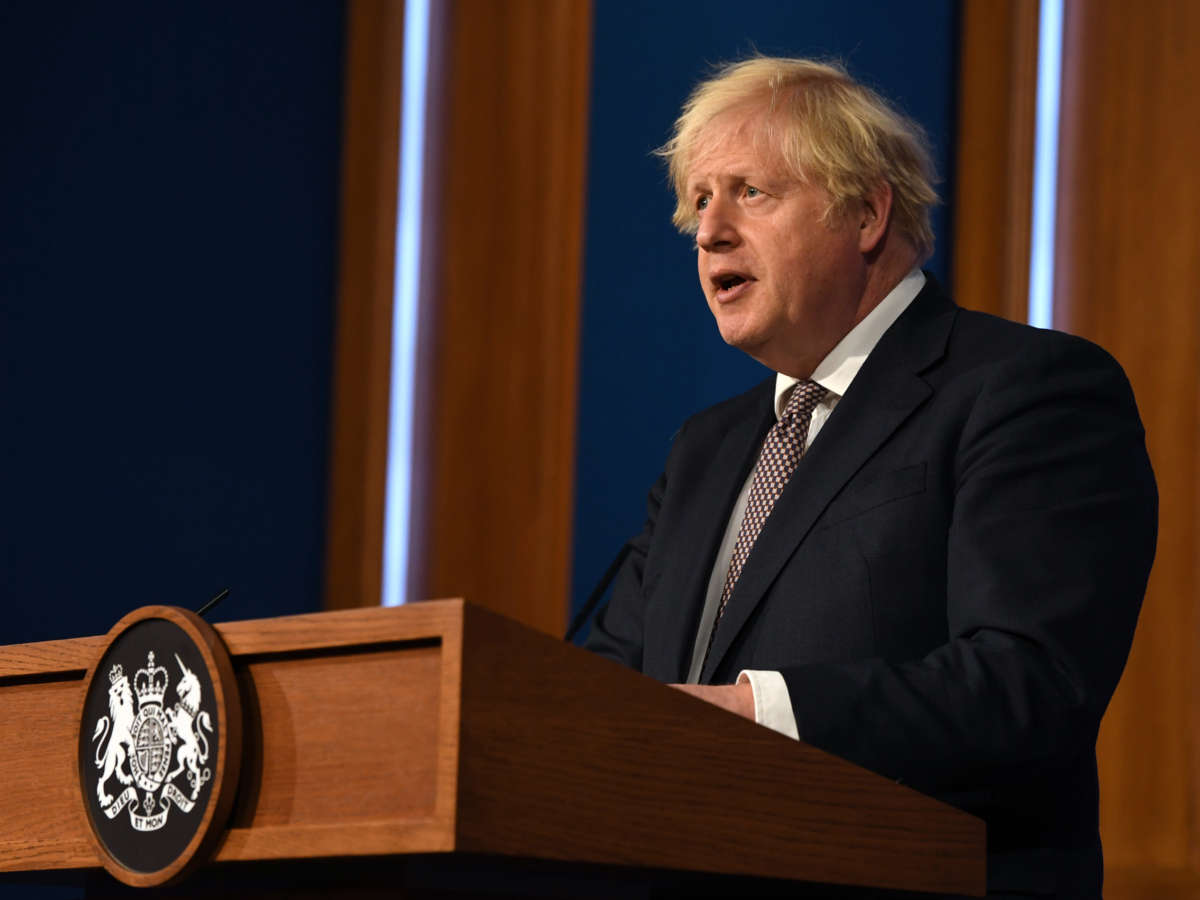 British Prime Minister Boris Johnson has outlined plans to formally end nearly all of England’s remaining coronavirus restrictions by the end of July, even as the nation is experiencing a surge in new cases from the highly transmissible delta variant.

In a press conference from London on Monday, Johnson said the success of the nation’s vaccination rollout has put it on course to further relax restrictions starting July 19, though the prime minister said a final decision would not be made until July 12.

If the plan moves forward, it would bring about the closest version of pre-pandemic normalcy in England since before the start of coronavirus restrictions nearly a year-and-a-half ago. Rules requiring the wearing of face masks would be lifted, as would rules around social distancing. The change would allow nightclubs to reopen, and bring an end to curbs on the number of people allowed at concerts, in theaters or at sporting events.

Johnson said the government would also be able to stop instructing people to work from home, allowing employers to ramp up their plans for a return to office life. And at pubs across the country, people would be allowed to once again order drinks directly from the bar.

The pandemic is far from over, Johnson says

“I want to stress from the outset that this pandemic is far from over and it will certainly not be over by [July] 19th,” Johnson said. “We must reconcile ourselves sadly to more deaths from Covid,” he added.

The prime minister’s remarks come as England finds itself at a crossroads in its fight against the pandemic. The country has enjoyed one of the most successful vaccine rollouts in Europe, with 45 million adults — or about 85% of the adult population — having received at least one dose of a vaccine. Another 33 million, or 64% of the adult population — are fully vaccinated.

Officials are alarmed by the spread of the delta variant

At the same time, public health officials have grown increasingly alarmed by the rapid spread of the delta variant, which was first identified in India. Total cases have shot up from around 2,000 per day earlier this year, to roughly 25,000 per day over the past week. Soon, Johnson warned, that tally could climb to 50,000 per day.

But while acknowledging the potential for a further uptick in cases, Johnson said vaccines “have helped to break the link between disease and death.”

Johnson and other officials have pointed to data showing roughly 1,900 people in the hospital now for COVID-19, compared to around 35,000 nationally during the winter. Deaths have fallen to about 18 per day, down from a peak of just over 1,800 in one day in January.

“We have to balance the risks,” Johnson said. “The risks of the disease, which the vaccines have reduced but very far from eliminated and the risks of continuing with legally enforced restrictions that inevitably take their toll on people’s lives and livelihoods.”

Still, his announcement was met by fierce backlash Monday from opposition lawmakers, who called the move dangerous and premature.

“Lifting all protections in one go when the infection rate is going up is reckless,” said Keir Starmer, the leader of the opposition Labour Party. “A balanced approach, a proper plan would say keep key protections. One of them would be masks in enclosed places, on public transport. That’s a common sense position.”

If the changes do take effect this month, they will only apply in England, as opposed to all of the United Kingdom. Scotland, Wales and Northern Ireland are following their own roadmaps for lifting restrictions.