End credits are rolling for Ocala’s Marion Theatre. Will there be a sequel? 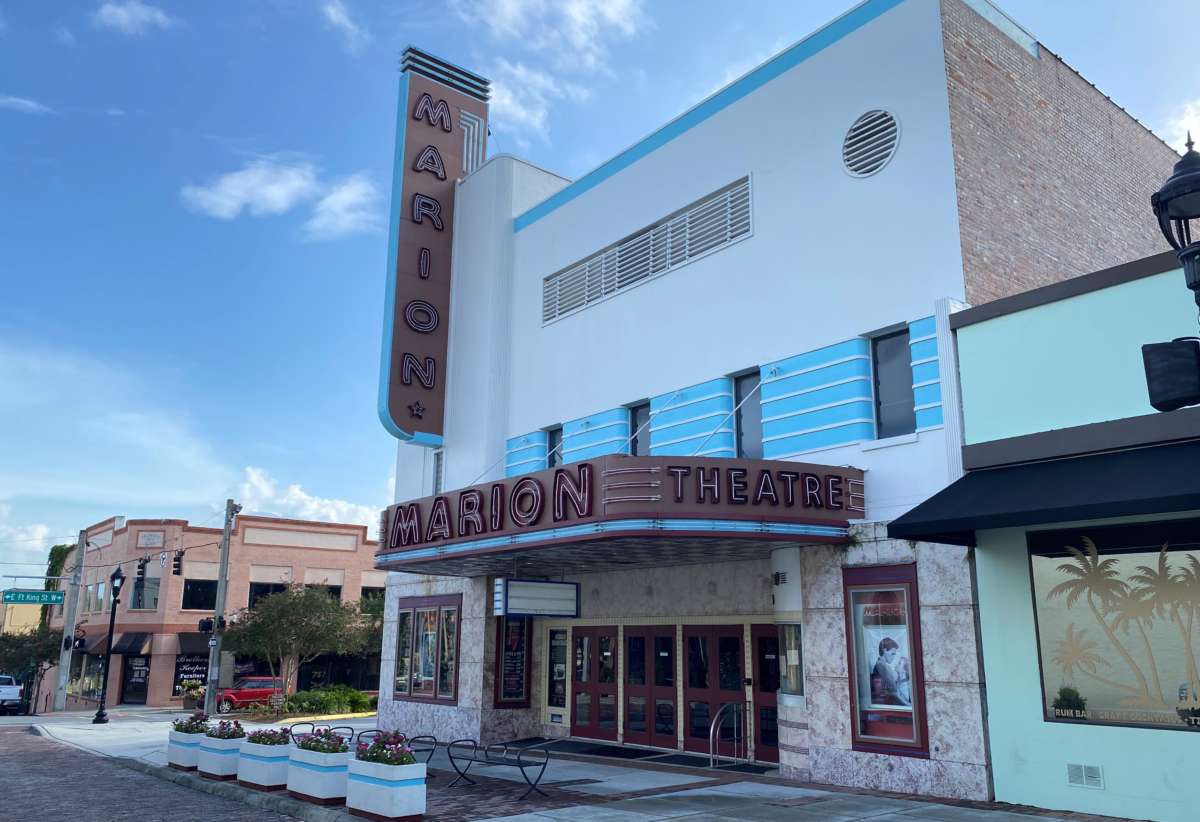 If you happened to be in downtown Ocala in May 2011, you might have seen a pirate ship on wheels and buccaneers large and small crowding around the old Art Deco-style Marion Theatre.

That was one moment in the theater’s 79-year history, a moment when the people of Ocala rose up — put on their eye patches — and saved the struggling movie house.

It continued to show new movies for another nine years.

Amid the pandemic, Delray Square Cinemas got the city to terminate its lease.

So here’s a quick rewind.

For about 12 years, it housed the Discovery Science Center. A space capsule sat outside, and students came in on field trips.

Then the science center moved to a park.

And Growth Management Director Tye Chighizola says the theater became a key part of the city’s 2004 master plan and a catalyst for other development.

“[I]t offered something unique to a downtown,” he said, “to have an old historic theater operating in the middle of downtown.”

Lee Farkas — then the CEO of mortgage giant Taylor Bean and Whitaker — made that possible by bankrolling its $1.3 million renovation.

His theater company had a lease for 30 years, but that collapsed along with the rest of his business at the start of the Great Recession. Farkas is now serving a long federal sentence for multiple counts of fraud.

A nonprofit ran the theater for a while.

That’s when the Save the Marion Theatre campaign organized movie-themed events and pressured the city to keep it afloat.

Writer and radio host Buddy Martin was a big part of the effort.

“About a dozen of us got together and started meeting and talking,” Martin recalled. “And suddenly the next thing I know we’re standing in front of the City Council with names on a petition saying, ‘Save the Marion Theatre, don’t turn the lights out,’ after they’d already voted to turn them out.”

Street events continued. John Travolta, who has a home north of Ocala, showed up on a Harley for a screening of “Wild Hogs.” The theater hosted summer movies for kids and the Silver Springs International Film Festival.

“We had three years of film festivals, which ran for a week each time,” Carmen Soto said, “and it was a beautiful exposure, not only of film, but to show Ocala to the world.”

Ticket sales were lagging, even before COVID-19, and the Sotos are at retirement age.

Its continued use as a theater with first-run movies seems unlikely, but the city is looking for ways to keep the venue alive.

Martin says that’s what everybody wants.

“We just hope it can be preserved.That was our goal before — keep the lights on. Now maybe the lights can be kept on and it needs to be refurbished and reinvented.”