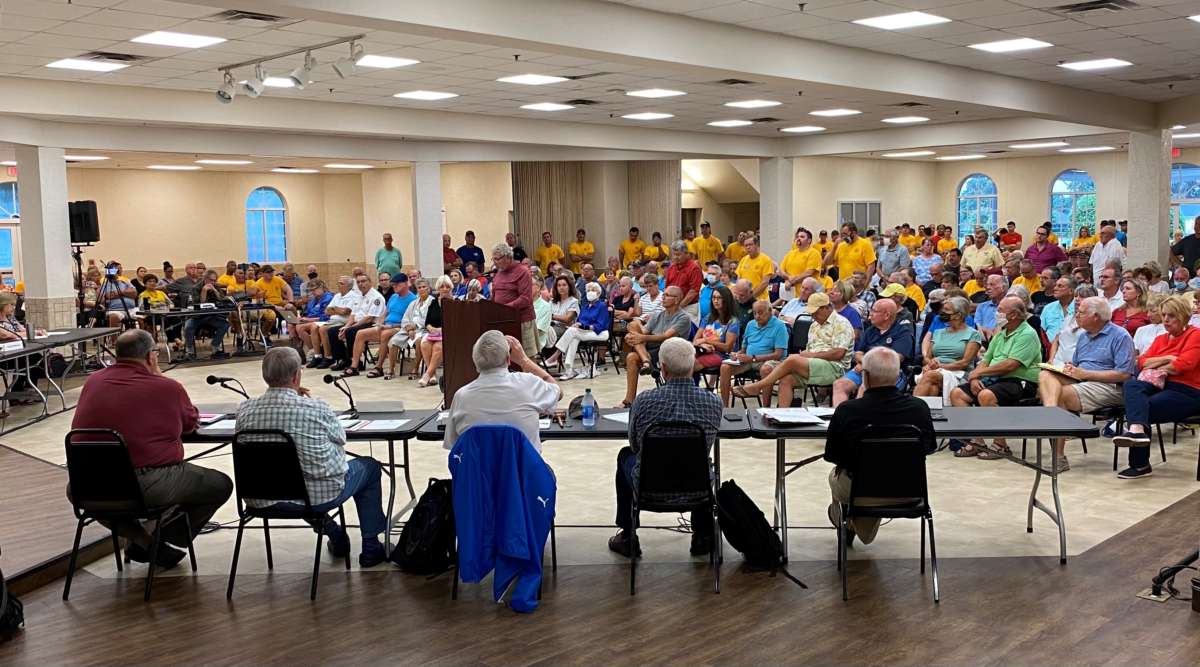 A special committee is recommending Sumter County operate its own county-wide ambulance service after seniors in The Villages complained of long delays.

That option wasn’t on the list of possible solutions.

Hundreds packed the Wildwood Community Center Wednesday night. Many spoke in defense of The Villages fire department and against the idea of consolidating it with Sumter County Fire Rescue.

The committee voted first to rule that out.

But it does not want to keep using the private contractor AMR or give the fire departments responsibility for medical transport.

“And the main reason for that is, by a single entity providing for the entire county, you’re going to have greater resources, which will help buffer those times when you have system overload,” he said after the meeting.

The committee backed his plan 3-2 and will vote on a recommendation letter for the County Commission in two weeks.

If the County Commission approves this idea, the handover would still be more than a year away.