Emergency Response Efforts are Underway After Hurricane Michael: “Help is Coming by Air, Land, and Sea” 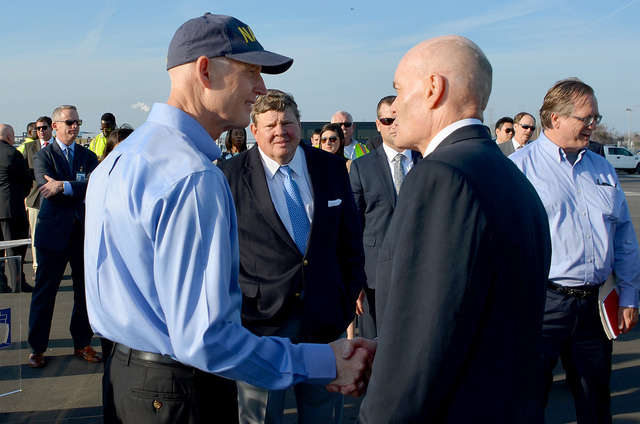 Governor Rick Scott is working with the Department of Homeland Security and FEMA after President Trump declared a state of emergency in the state. Photo: Danielle Prieur

Florida emergency officials warned people in coastal areas affected by Hurricane Michael to not return to their homes and stay out of affected areas.

Emergency crews are still clearing roads and performing search and rescue after the Category 4 storm.

“We are deploying massive efforts in response to this storm. Help is coming by air, land and sea.”

“And there’s a lot of tree damage and on top of that there are downed power lines. We’re continuing to work today. We’re getting all the roads open and then we’re fanning out. It’s gonna be a lot of work to get to everybody but we will get to everybody.”

Scott says by the end of the day, the state is expected to have distributed more 2 million meals and 1 million gallons of water. More than 19,000 linemen are working to restore power.

President Donald Trump announced a state of emergency in Florida on Tuesday.