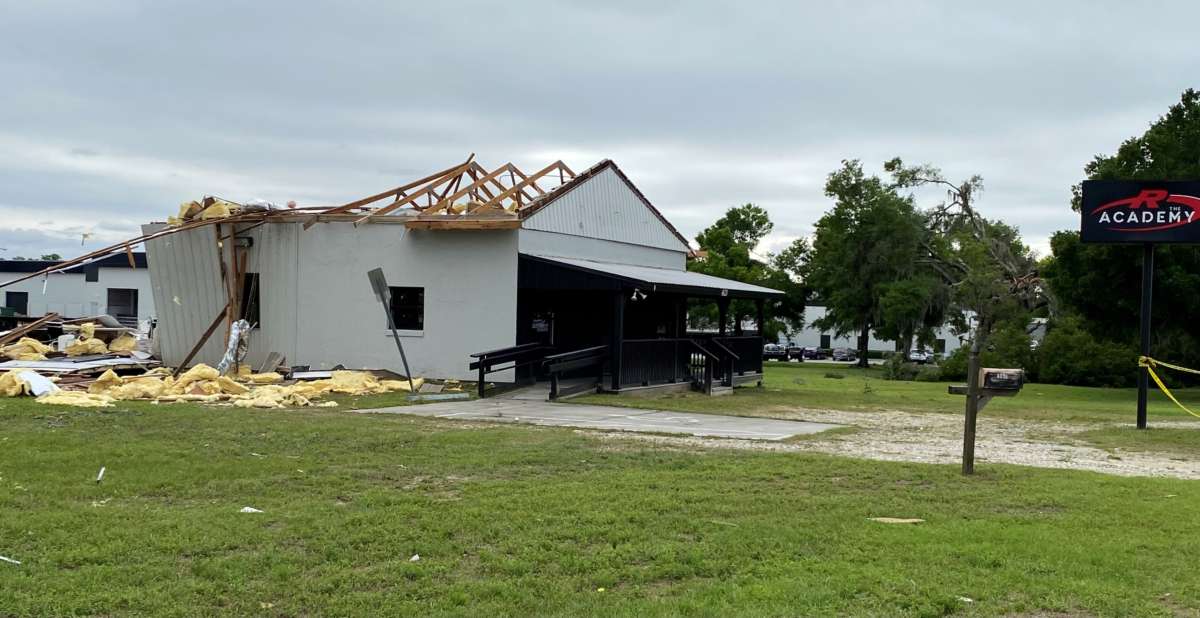 A tornado that caused relatively minor damage and no injuries in Ocala on Sunday evening came pretty much without warning.

National Weather Service meteorologists told him they, too, were surprised, he says.

“There was no notification,” Bowlin said. “That started so low under the radar and happened, you know. So they were really surprised with that as well.”

The weather service determined Monday morning that it was an E-F-1 tornado with peak winds of 110 miles per hour.

It traveled 2-point-3 miles and lifted the roof off a commercial building on West State Road 40 east of I-75.