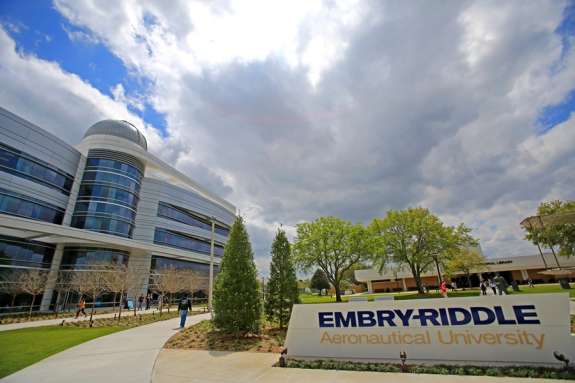 Construction on the aerodynamics laboratory is slated to start early next year. Photo: Embry-Riddle Aeronautical University.

Advanced engineering students at Embry-Riddle Aeronautical University will have a new facility to test out new technology.

The school plans to expand its Daytona Beach campus with a new aerodynamics lab. The 50,000 square foot facility will house students and companies working on anything from radar communications to unmanned aircraft technologies.

“If we increase our research footprint, that leads to possible patents, possible discoveries, possible creation of new knowledge and what we hope eventually to be creation of companies.”

University officials hope the new lab will attract global companies to Central Florida. Hampton said the expansion is also a response to the school’s growing number of students.

“Those laboratories are designed to support our expanding enrollment, but also to support our capabilities that we can provide to the aerospace sector. We’re training a workforce not only for Central Florida, but for the entire world in aerospace.”

Construction on the lab is slated to start early next year.