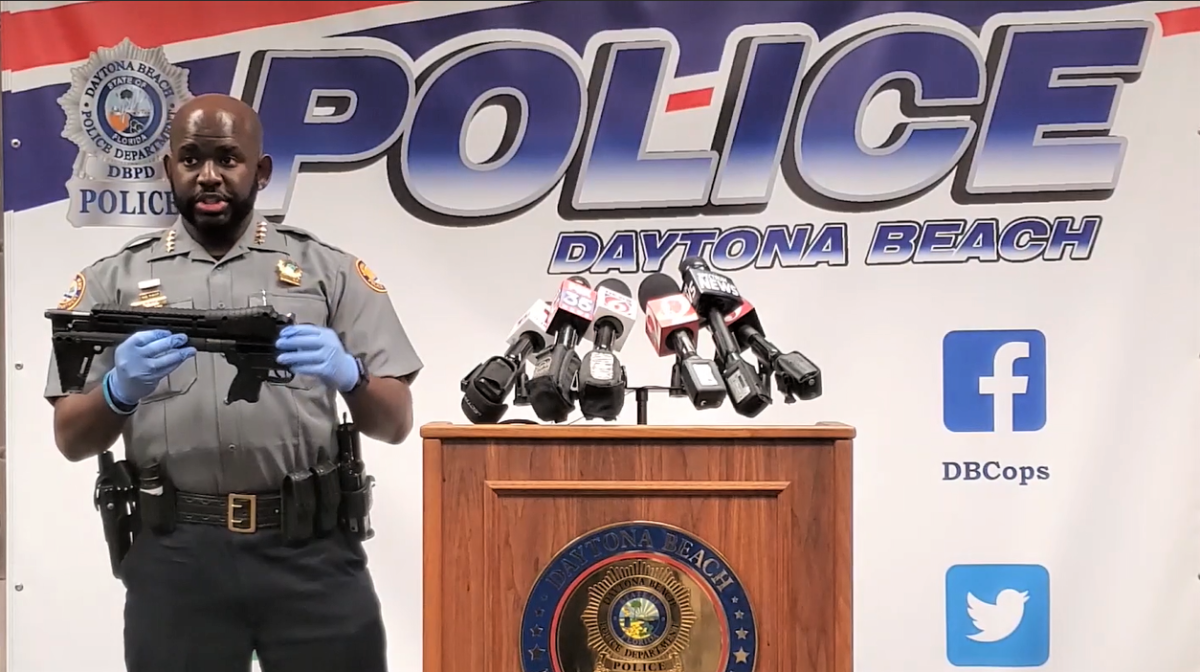 Daytona Beach Police Chief Jakari Young holds a collapsible rifle found in the backpack of an Embry-Riddle student who was believed to be planning a mass shooting. Image: DBPD

A 19-year-old student at Embry-Riddle Aeronautical University was arrested Thursday after police say he was planning to shoot up the university.

Daytona Beach police displayed the contents of a backpack carried by an Embry-Riddle student who was believed to be planning a mass shooting. Image: DBPD

But police arrested Hagins early in the morning as he left his off-campus home in the Andros Isles apartment complex. He had a backpack containing a collapsible rifle, six loaded magazines, a scope and four boxes of ammunition.

“I’m extremely relieved that we are not the next national media story as it relates to a mass shooting on a campus because the intent was there,” the chief said during a press conference.

Two other students had tipped off campus security because of the plan that Hagins had laid out in a group chat on SnapChat.

Young says Hagins acknowledged making the threat but said he was joking.

Police said he faces numerous charges, but those charges had not had been determined as of early Thursday afternoon.