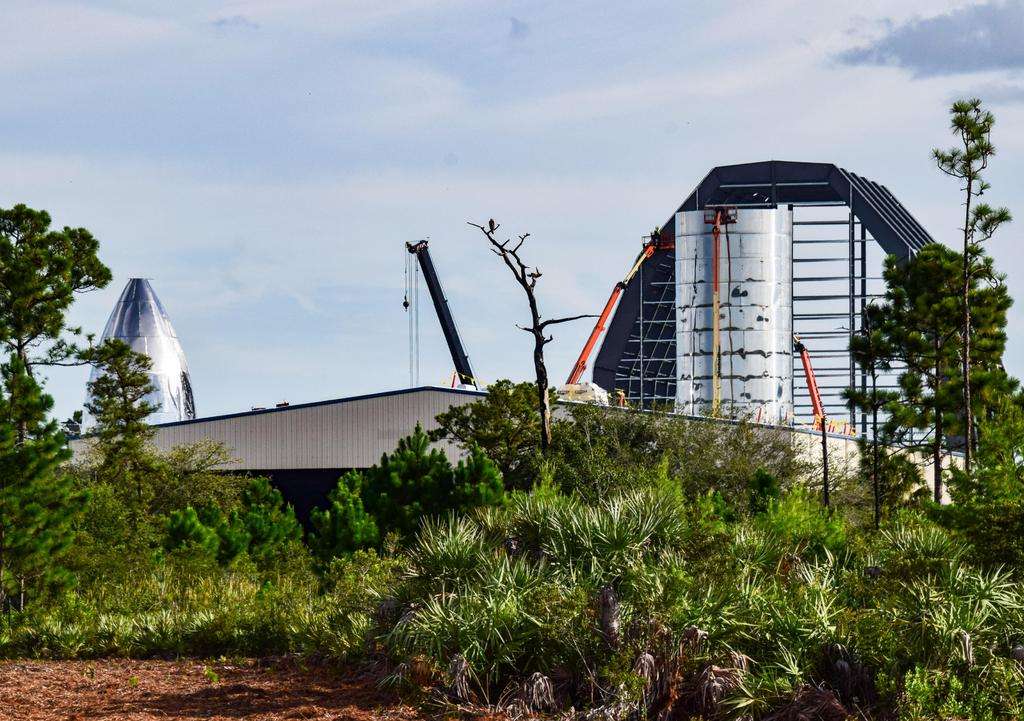 Musk is visiting a manufacturing facility in Cocoa, where a team is assembling a prototype of a new vehicle called Starship — a cylindrical, futuristic looking vehicle that can carry payloads and possibly humans to places like the moon or Mars.

Details of the rocket system were outlined in a draft environmental proposal last week. A 31-engine booster called Super Heavy will launch the vehicle. All together, the system will stand about 387 feet tall.

A team in Boca Chica, Texas is also working on a similar prototype. Musk said the two teams are competing to see which location is more effective. Musk visited the Texas site Sunday.

The Boca Chica team recently “hopped” its prototype using a brand new SpaceX engine called Raptor and plans to “hop” the spacecraft about 600 feet in the coming weeks. Musk says an orbital test is forthcoming.

SpaceX said once fully developed, Starship will launch from Kennedy Space Center and land vertically back on the Space Coast. It’s unclear when the first Florida launch will occur.