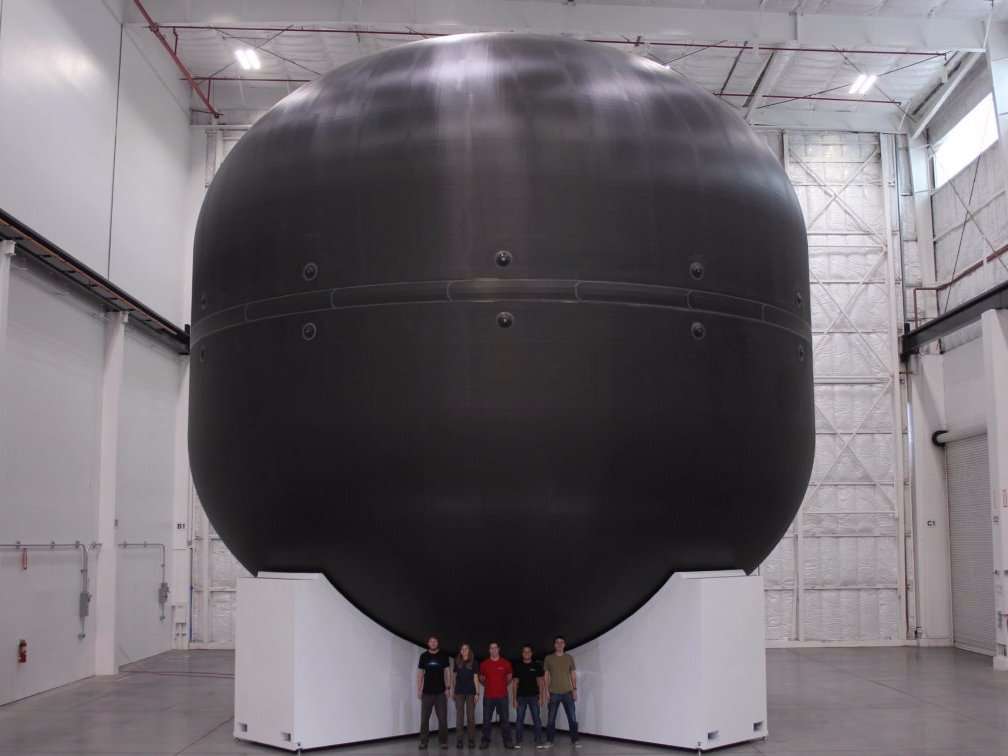 Prototype of the carbon-fiber fuel tank used on SpaceX's ITS. Photo: SpaceX

Musk  reached out to them on the community platform Reddit in what’s called an “Ask Me Anything” post. At an industry conference last month, Musk unveiled his plan to send humans, by the hundreds, to the red planet in the next decade.

During the online Q&A session he revealed more technical details about the mars space ship, for now called the Interplanetary Transport System. That ship, according to Musk, will be larger than the Saturn V rockets used to send astronauts to the moon.

Musk says for a ship that large, he had to invent a new fuel tank. The SpaceX CEO unveiled a new carbon-fiber tank that can hold the massive amounts of fuel for a Mars trip. During the online discussion, he said SpaceX will soon test one of those fuel tanks on a barge in the ocean

The first trips to Mars will be unpiloted  but he hopes to set up a Martian fuel depot ahead of the first humans.

The private space company continues to look into a fueling accident that destroyed a rocket on the launch pad earlier this summer. SpaceX hopes to return to flight before the end of the year.