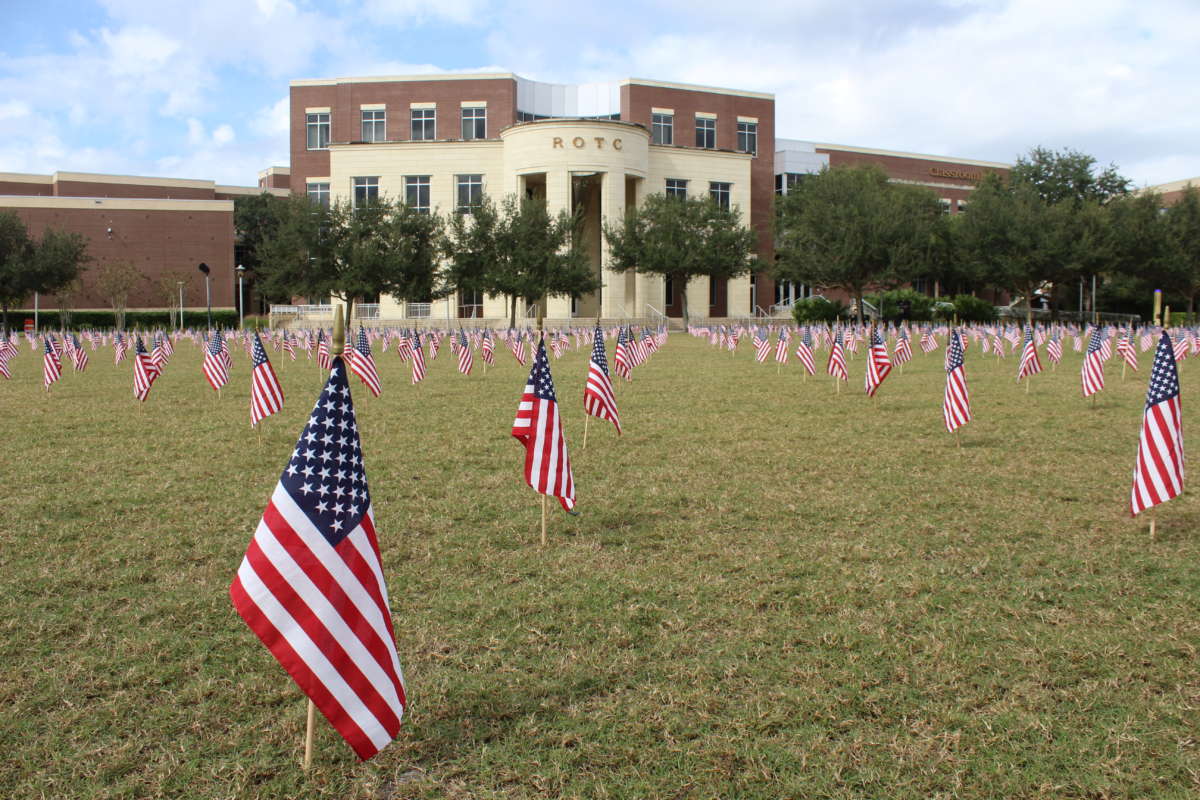 1,400 flags are planted at the UCF memory mall, each one representing a student-veteran at the university. Photo: Matthew Peddie, WMFE

This week the memory mall at the University of Central Florida is dotted with flags: 1,400 of them to represent the students attending the university who are veterans. It’s a lot more students than when UCF’s Veteran Academic Resource Center was established more than a decade ago.

“The veterans Academic Resource Center was established on Veterans Day 2010. It was basically because there were changes in the educational GI bill benefits and we as a nation, were going to see a lot more veterans going back to school,” says  Joshua “JJ” Johnson, the student resource specialist at the VARC.

Johnson says the VARC was the brainchild of Jim Middlekauff, who was the assistant registrar at UCF and a US Navy veteran.

“A success story for the VARC overall is that we’re still here, 11 years later, and the student population has grown, and so the needs for our student veterans have grown.”

Johnson says the flags will stay on the memory mall until Friday.

On Veterans Day itself, Johnson urges people to observe two minutes of silence at 2.11 pm ET.