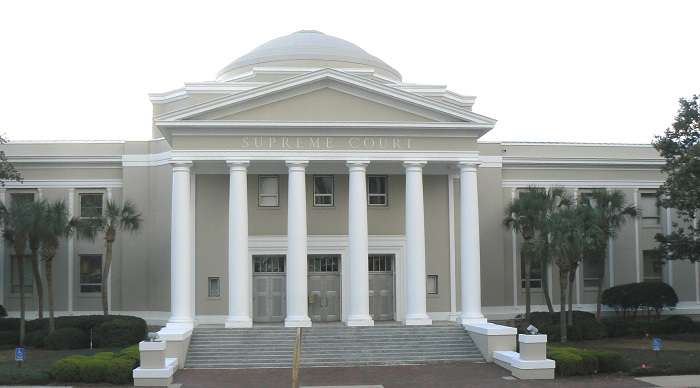 Perry’s forced retirement is giving Governor Rick Scott the opportunity to make an imprint on the state’s high court midway through the governor’s second term.

The 72 year old Perry is forced to leave the court because the state Constitution requires justices to retire when they turn 70 years old.

The law allows justices like Perry to fulfill the remainder of their terms, depending on when their birthdays fall.

The nine-member nominating commission unanimously decided Monday to interview all the applicants for the post on November 28th.

The panel plans to provide Scott a short list of six names that night or the following day, giving the governor plenty of time to make a decision before Perry’s resignation goes into effect December 30th, according to commission chairman Jason Unger, who said the selection of a Supreme Court justice can help define a governor’s legacy.
“It is one of those appointments, and one of those decisions that a governor makes that has a lasting effect, often times far outlasting their service in the governor’s mansion,” said Unger.

Perry is among five jurists who make up a liberal-leaning majority of the seven-member court, which has drawn the wrath of the Republican governor and the GOP-dominated Legislature.

Based on their resumes, several of the candidates seeking to replace Perry would bring a decidedly more conservative approach to the bench.

For example, 5th Judicial Circuit State Attorney Brad King has been an outspoken proponent of a new law dealing with the death penalty.

In a 5-2 decision last month, the state Supreme Court ruled that the law was unconstitutional because it did not require unanimous jury recommendations for the death penalty to be imposed.

Metz, a lawyer, was elected to the state House in 2010 and also served on the Lake County School Board.

Perry’s replacement will have to be a resident of the area covered by the 5th District Court of Appeal, which stretches across the state from Brevard to Citrus counties and includes counties such as Orange, Volusia, Marion and St. Johns.

Applicants must also have been a member of The Florida Bar for at least the past 10 years, as required by the state Constitution.