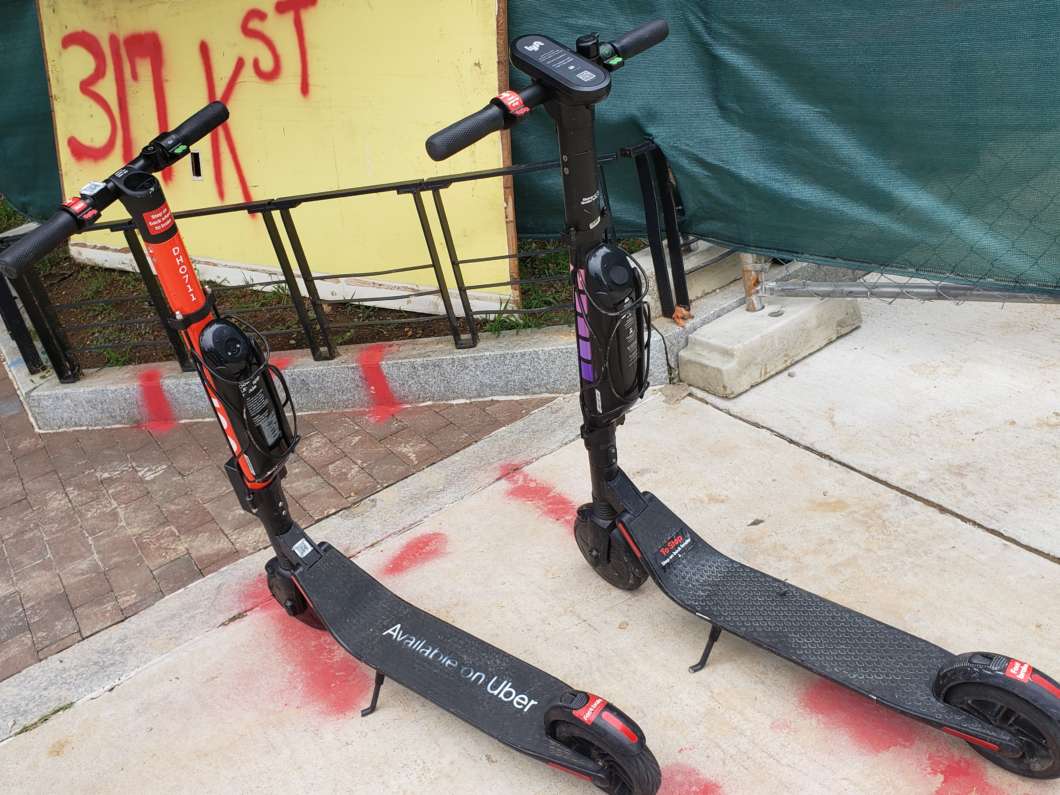 E-scooters could be coming to Orlando if commissioners give the go-ahead to a pilot program. Photo: Matthew Peddie

Orlando is a step closer to getting rentable scooters in downtown. That’s after city commissioners voted Monday to approve a one-year pilot program.

The commissioners will vote a second time Dec. 9. If approved, the program will mean 1,800 scooters will be docked downtown Orlando, rentable for only a quarter.

Commissioner Patty Sheehan expressed safety concerns as the scooters that go 10 miles an hour on sidewalks and bike paths don’t have alarm systems like bells.

“What if they hit somebody? That’s my major concern. Cause I got seniors that are walking around downtown. That’s the only way they get around. They’re very concerned about the bikes sharing the sidewalks as it is.”

Sheehan said she’s also noticed people parking bikes in front of wheelchair ramps. She doesn’t want them to do the same thing with scooters.

The program would require companies to remove scooters within two hours if they are blocking access to buildings.

Commissioner Regina Hill worried about whether scooters will be equitably distributed throughout neighborhoods.

“The Lime Bike is really utilized a lot on the West Side. Some people use them as their primary mode of transportation. So I want to make sure there’s a couple not just in the downtown Parramore corridor, but as we extend West.”

The program requires at least 20 percent of the scooters to be docked on the west side of I-4.

Companies will use geofencing – a type of technology that turns off the scooters-to keep people from riding in certain restricted areas like around Lake Eola and Pulse.

To listen to this story, please click on the clips above.