Elections 2016: Medicaid Expansion The Key Health Care Issue for Advocates, But Not For Candidates 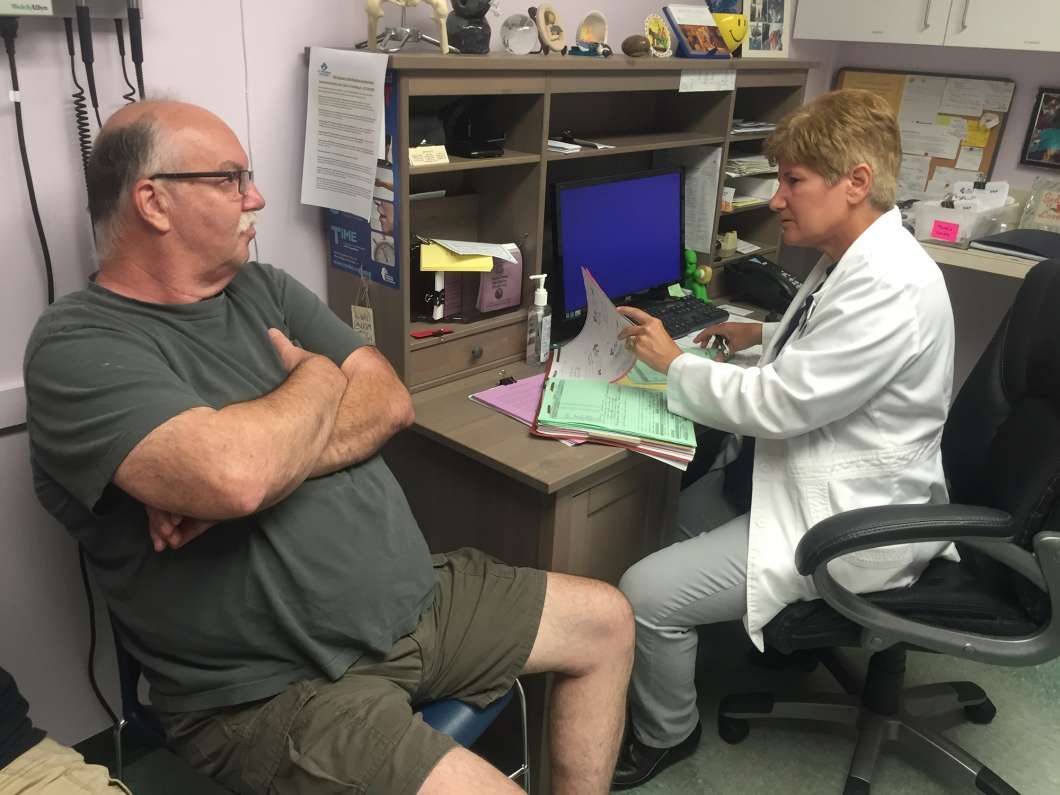 Health care is a big issue in Florida. One reason? About 2.8 million of the state’s residents are uninsured. Health advocates say part of the answer is for the state to expand Medicaid, as proposed under Obamacare. Republicans say that would be too expensive.

Medicaid expansion gets a lot of support from Floridians, but it’s not getting much attention from this year’s legislative candidates.

Charities Step In To Fill The Gaps

It’s a busy Monday morning at the St. Petersburg Free Clinic. The agency provides free health care for those who can’t afford it. Philip Ertel is here for a check-up. The 60-year-old needs refills for his diabetes and cholesterol medications. Dr. Trudy Grossman pulls out the stethoscope and checks his lungs.

Ertel works full-time in a restaurant at a hotel on St. Pete Beach. He doesn’t have health insurance because he can’t afford the monthly premiums.

But it’s too much money to qualify for Medicaid.

Who Pays To Expand Medicaid?
The Affordable Care Act, also known as Obamacare, offered to pay for states to expand the program to cover more people like Ertel. The states would eventually have to pick up ten percent of the cost.

According to a Kaiser Family Foundation survey, more than half a million Floridians like Ertel would be covered under that plan. But most states with Republican governors, like Florida, refused Medicaid expansion because of concerns about cost.

“He made a speech on the House floor ardently drawing a line in the sand and saying the House absolutely will not consider Medicaid expansion,” said March. ‘We won’t dance’ was the phrase he repeated over and over again during the speech.”

Corcoran and other vocal opponents of Medicaid Expansion turned down – or did not respond – to requests to comment for this story. In the past, they’ve raised concerns that the federal government will eventually stop paying for the expanded program – leaving the state burdened with the full cost.

According to a recent survey by research firm Nielsen, 68 percent of Floridians favor expansion. And health care advocacy groups like Florida CHAIN continue to push for it.

“The legislature’s like this living organism and you can’t allow it to shut down. And part of that means you have to keep issues like a massive effort to provide health care to every Floridian,” said Pafford. “You know those that aren’t getting it will have it you have to keep that alive.”

All of the seats in the Florida legislature are up for re-election on November 8th. But analysts like March don’t think democrats will make enough gains to push Medicaid expansion through, and candidates are not making it a political issue either.

“You will definitely hear Democrats talking about it but that’s more of a rhetorical flourish than setting the groundwork for any concrete action. I think they know that it’s not going to pass,” said March.

Executive Director of the St. Petersburgh Free Clinic Beth Houghton said they’d lose a lot of patients if Medicaid expansion happens. But said the organization would love to put themselves out of business.

Political watchers think the next time that could be a real possibility is after 2018 if a Democrat should win the governor’s mansion.