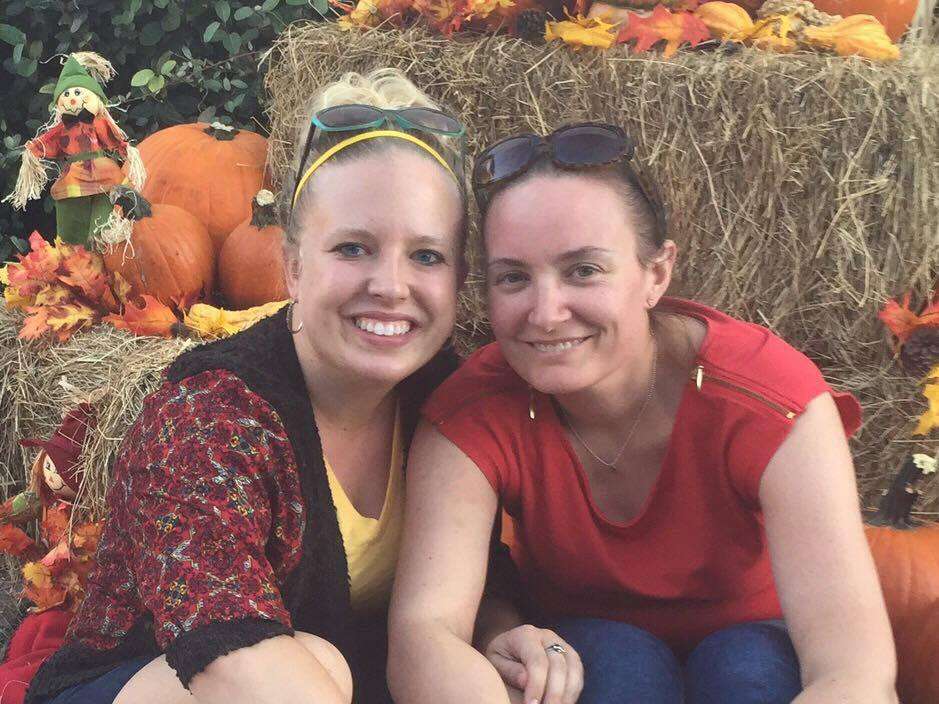 Boxes and stacks of wedding RSVPs crowd Kelly Bardier and Jaci Pfeiffer’s dining room in Oviedo, just outside Orlando. The couple is getting ready to tie the knot in Cocoa Beach.

“We have a wedding shower on Sunday and a wedding on October 28, so it’s crazy!” said Pfeiffer.

After they say “I do” they’ll hop on a Disney cruise with their three young boys to celebrate. They’re calling it a “familymoon.”

Last year, the pair worked at a taxpayer-funded pre-kindergarten program run by Aloma United Methodist Church in Winter Park, FL. After rumors swirled about their relationship, Bardier said they each got called into the director’s office.

“She said, ‘You guys can just sweep it under the rug, pretend it never happened,’” said Bardier. “‘If you can come back after spring break straight, then you have your job.’”

The women threatened to sue the pre-K under Orange County’s human rights ordinance, which prohibits discrimination based on sexual orientation and gender identity.

The case was settled out of court. The couple got more than $28,000 and letters of recommendation for future employment. The pre-K’s leaders also agreed to meet with LGBT advocacy groups to learn how to be more welcoming.

Thirty-seven other local governments in Florida have non-discrimination ordinances similar to Orange County’s, but there’s no statewide law addressing the issue. A bipartisan coalition of lawmakers, businesses, and LGBT advocates has been trying for years to change that.

Some believe this summer’s deadly shooting at Pulse, a gay nightclub in Orlando, could move the needle in the debate.
The proposed Florida Competitive Workforce Act  would ban discrimination against the LGBT community in the workplace, housing, and public accommodations.

Carlos Guillermo Smith testified in support of the bill before a state Senate committee as part of his work for the LGBT rights group Equality Florida. He’s now the Democratic nominee for House District 49 in the Orlando area.

“Post-Pulse I think it’s very, very important that Florida leaders send a message that our state is a place that doesn’t tolerate discrimination of any form, including discrimination against gay and transgender people,” said Smith.

Smith, who faces no Republican challenger in November, is optimistic Florida may soon join the 28 other states with laws protecting the LGBT community against discrimination. He said LGBT advocates have met with Governor Rick Scott’s staff several times since the June shooting at Pulse, where a gunman killed 49 people and injured more than 50.

Some Republicans Shift Their Tone

In August, GOP Senator Marco Rubio spoke at a gathering of evangelical leaders in Orlando. Some called the “Rediscovering God in America Renewal Project” an anti-LGBT event. But in his speech, Rubio said Christians need to love and welcome people who are LGBT.

“If any of us, myself included, in any way have ever made anyone feel that Christianity wants nothing to do with them, then I believe deeply that we have failed to represent our Lord Jesus Christ,” said Rubio in speech posted on YouTube.

Still, Orlando Civil Rights Attorney Mary Meeks, who represented Kelly Bardier and Jaci Pfeiffer in their case, isn’t holding her breath when it comes to the proposed state anti-discrimination bill.

In the 2016 legislative session, the bill deadlocked in the Senate Judiciary Committee. The five state Senators who voted against it said they weren’t available to be interviewed for this story.

In the past, some lawmakers have argued the law could prompt new rules about transgender bathroom use, leading to potential safety problems.

The Florida Chamber of Commerce is not taking a position on the bill, but a spokesman said some businesses, particularly smaller ones, may not want another government mandate or another avenue for lawsuits in state court. Still, hundreds of Florida businesses say they support the legislation.

“They don’t ask about it, but I feel like I have to disclose it, just so the situation doesn’t happen again because it was so awful,” said Pfeiffer.

She says she wants to work someplace where she can be herself, and some Florida businesses do have their own non-discrimination policies.
The fate of the Florida Competitive Workforce Act, however, will hinge on priorities and votes in next year’s legislative session.