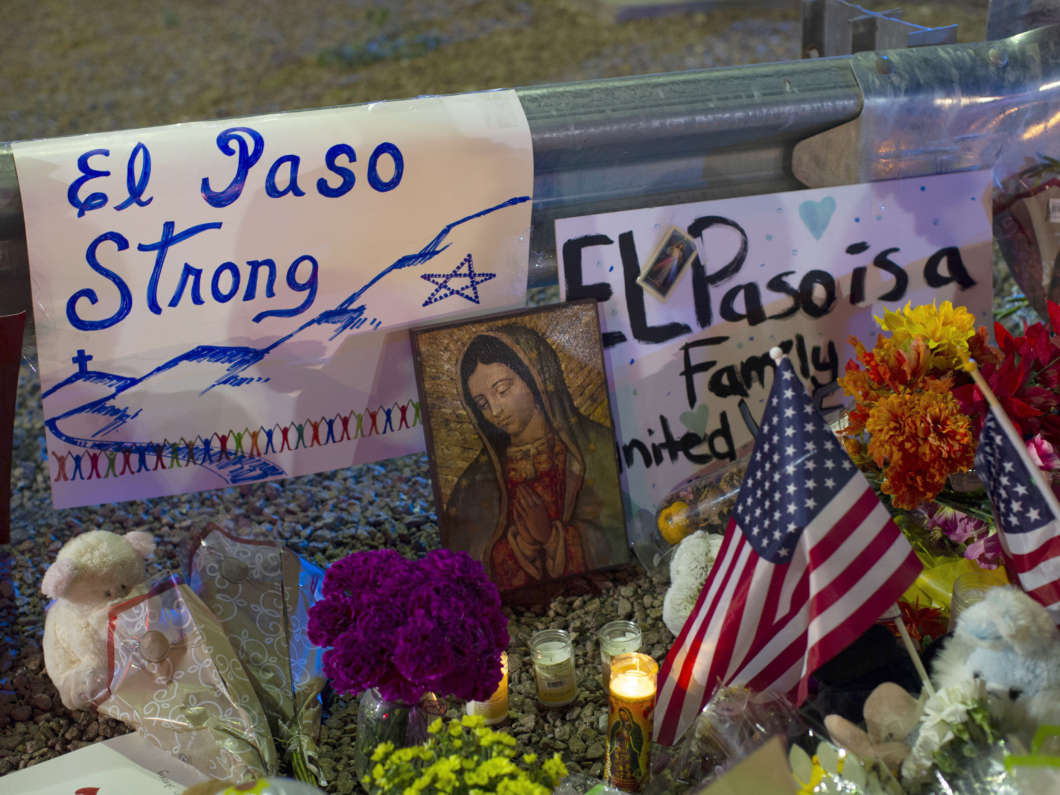 One Fund El Paso, which has collected more than $6 million, is holding a community resource fair on Saturday, to help those who may qualify to receive the donated money.
Image credit: Andres Leighton

More than two months after the carnage of the mass shooting at an El Paso Walmart, victims and immediate family members of those involved in the massacre can now apply for financial assistance from the fund that has drawn millions of dollars in donations.

One Fund El Paso, the group that has raised more than $6 million since the Aug. 3 shooting, is hosting a community resource fair on Saturday to help those who may qualify to navigate the application process.

The categories of those who will be eligible include families of victims killed, individuals who were hospitalized for injuries for one or more nights, people who received same-day medical care following the attack, and anyone who was at the Walmart, neighboring Sam’s Club or the sprawling parking lot at the time of the rampage.

A task force is expected determine the amount of the distributions for each category by the end of next month. Additionally, the funds will be available to eligible victims regardless of nationality – eight Mexican nationals and one German were killed in the attack.

Stephanie Karr, director of One Fund El Paso, explained that the group has partnered with the National Compassion Fund to distribute the donations.

“There will never be enough money to compensate those families for their losses,” Karr said in a telephone interview. “So what we’re doing is trying to be as generous as we can in getting 100% of the donated funds to those families as well as other families who were present at the shooting and have psychological trauma as a result.”

But she recognizes that people are financially hurting now. So, to aid those whose grief or physical pain is compounded by financial strain, Karr said small disbursements of money have already been handed out to the families of the 22 people who were killed, as well as the 26 who were injured by the gunman. To date they’ve each received $5,500 and another $2,000 is expected to be distributed in November.

The full disbursements will be released in mid-December after a thorough vetting process of each application.

That is not soon enough for some.

“It might sound like it’s right around the corner, but for a lot of these people December is a long way away,” Patsy Gomez said. “They might not have anywhere to live by then.”

Gomez, her husband and their daughter run a volunteer aid organization called Operation H.O.P.E. The three have been working with several survivors of the shooting, who she says “wonder why they’re struggling to put food on the table when there are millions of dollars that were collected to help them, just sitting in a bank somewhere.”

“They need the money now,” an exasperated Gomez said, recalling the story of Antonio Basco whose wife died in the shooting.

The widower gained international attention following a Facebook post by a funeral home asking the public to attend Basco’s wife’s service. Her death had left him without any family. The story went viral prompting thousands to attend the service. But shortly after the outpouring of affection and goodwill, Basco was evicted from his apartment and began living in a car that was donated to him, according to Gomez.

On Sept. 30 Basco was arrested on a driving-while-intoxicated charge while sleeping in the car. Gomez said she hasn’t heard from him since then.

“He can’t afford wait six more weeks for help. He needs a place to live,” she said.

Jeffrey Dion understands Gomez’s frustration. As executive director of the National Compassion Fund, which has been administering donation funds for cities following mass shooting crimes for the last five years, including El Paso, he says it may seem counterintuitive but in the long run it actually benefits victims to postpone lump sum disbursements.

“Everybody thinks that giving money away is easy and then they try to give money away and find out it’s really complicated,” Dion said.

He explained that the longer a donation fund is left open the more likely it is to receive large contributions from big companies. “Corporations give the most money but they also take the longest to give” because they’re often waiting for the end of a fiscal period to determine how much money they can afford to donate. “So if you close it too early, in order to provide more immediate relief, you could be missing out,” Dion said.

He noted that after the 2016 Pulse nightclub mass shooting in Florida, Christina Aguilera donated 85 cents of every iTunes download of a particular song to the foundation Dion’s organization was administering.

“If we hadn’t waited, we wouldn’t have gotten that money,” he said.

There can also be unintended legal consequences if donations are not disseminated correctly. For instance, a victim who receives public assistance benefits could lose them if they’re given a large payout. “That’s why lawyers establish a special needs trust so [the victim] can have the benefit of the money but it doesn’t undermine their ability to continue to get Medicaid.”

“These are all the things you have to think about before you start giving out money,” Dion remarked. “Because we want to make sure we don’t create any more bureaucratic problems for people.”