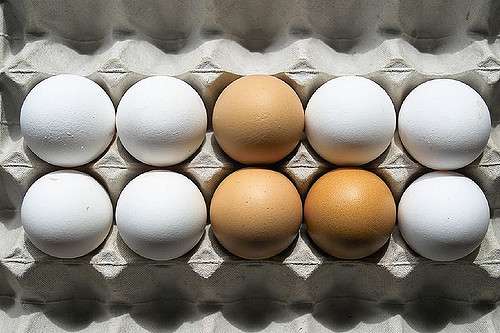 Salmonella is a bacteria that can cause symptoms of food poisoning, and although usually not fatal, it can be in high-risk populations. Photo: Flickr Creative Commons

More than 200 million eggs in Florida and nine other states are under recall, over possible Salmonella contamination. The U.S. Food and Drug Administration’s Peter Cassell says people should check if they bought eggs with a plant number of P-1065 and serial number of 011 to 102 on the side or front of the box.

“They should check their refrigerator to make sure that they don’t still have the product that’s been recalled. They should also make sure they’re practicing safe food handling measures such as washing their hands, utensils, surfaces with hot soapy water.”

The FDA says more than 23 people have gotten sick from eating the eggs, with six requiring hospitalization. Symptoms include upset stomach, nausea and abdominal cramping.