Education Secretary DeVos: Arming Teachers Should Be An Option 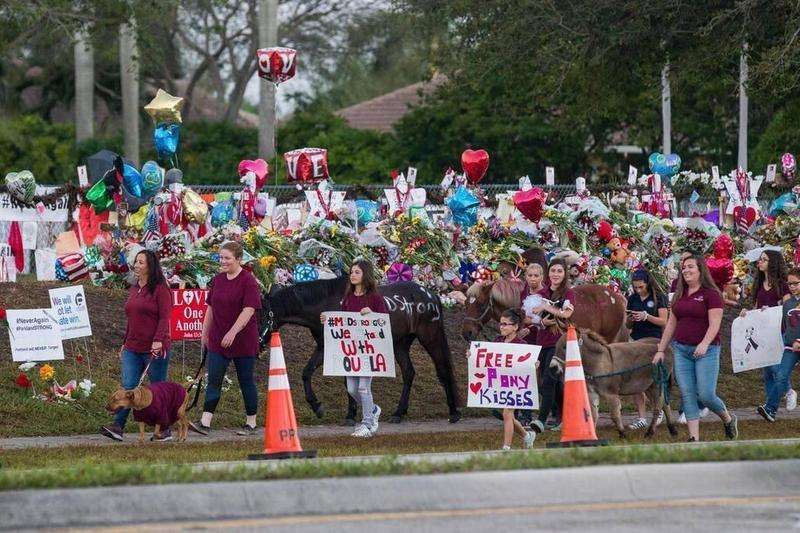 She said some students told her their healing process after the Feb. 14 shooting was a “day-to-day situation.” She said their faces lit up when they talked about therapy dogs that have been brought to campus to help them.

After meeting with students, DeVos told reporters that arming some teachers should be considered an option but not a requirement.

As a model, she cited a program in Florida’s Polk County where teachers or other employees at two private universities have trained with the sheriff’s office so they can carry concealed weapons on campus.

Jail records show the 19-year-old accused of killing 17 people at a Florida high school is being held in solitary confinement.

The Broward Sheriff’s Office has released a report of officers’ observations of Nikolas Cruz to local news stations.

The observations start Feb. 17 and end Feb. 24. Officers described Cruz as being cooperative but avoiding eye contact. They said he “often sits with a blank stare.”

The report said Cruz appeared to laugh and exhibited “awkward” behavior during and after a visit with an attorney. He also has had one “family visit.”

The report said Cruz also requested a Bible to read in his single-person cell in the infirmary.

Cruz has been jailed since he was arrested shortly after the Feb. 14 massacre at Marjory Stoneman Douglas High School.