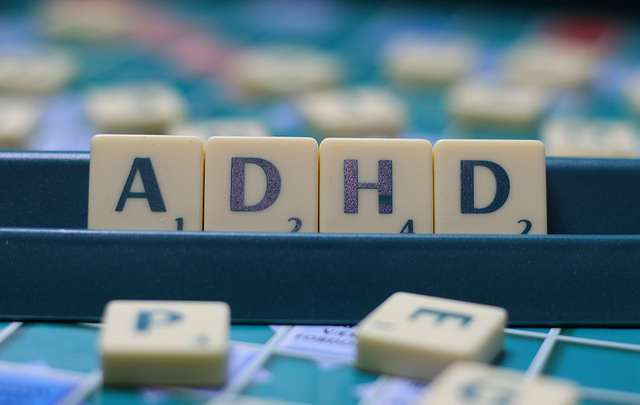 But an accurate early diagnosis can actually improve outcomes for the patient-and increase their chances of success later in life. Photo: Flickr Creative Commons

August babies are more likely to be diagnosed with ADHD than babies born in September. That’s according to a study published in The New England Journal of Medicine. But an accurate early diagnosis can actually improve outcomes for the patient-and increase their chances of success later in life.

It’s a beautiful winter day in Sanford. Ten-year-old Kyle Clisby and his twelve-year-old stepsister Gabby are outside playing in their go carts.

Kyle’s stepdad Dave Landini says six years ago, this type of play wouldn’t have been possible.

“Before he would have fits that he couldn’t control. His emotions would overwhelm him and he would throw himself on the floor and he would scream. And I felt horrible for him.”

Mom Kristine recalls a particularly bad episode when Kyle tried to run away from school. His teachers took her aside shortly after that.

“They did think we needed to get him evaluated so that’s when I had called Dr. Forrest’s center for child development.”

Dr. Emily Forrest is a behavioral pediatrician with Florida Hospital. She diagnosed Kyle with ADHD before he turned five.

“We actually started medication for him prior to him starting kindergarten because school was so hard for him. And he started kindergarten doing beautifully.”

Forrest says early assessment for ADHD is becoming more common. That’s partly because of universal pre-K where children start school at four if not younger.

“And because of that it’s coming to parents’ attention that kids are having a hard time sitting still in school and following the classroom routine.”

A child’s age is one of the factors clinicians should consider before making a diagnosis, according to a study in The New England Journal of Medicine. Researchers found a higher rate of diagnosis and treatment of ADHD among children born in August when compared with their peers born in September. The September 1 cutoff for school enrollment meant these children could be the youngest in their class.

“I think at times we are too quick to diagnose or put a label on a child’s behavior and often that can wait a little while.”

That’s Sharon Carnahan. She’s a developmental psychologist at Rollins College. She’s not opposed to assessing children for ADHD at a young age.

But she says it’s important to make “responsible” diagnoses based on tests to rule out other possible causes of a child’s behavior.

“Things like lack of sleep or the experience of a family trauma like being in a car wreck, or certain illnesses, or simply being younger than your peers. All of these things can produce the same kind of symptoms in a child.”

Still, accurate early diagnosis does make a big difference in the lives of kids with ADHD. And it can help families find support networks and enroll their children in special education programs.

“A lot of kids really think that they’re bad because they’re constantly being told that they can’t do the right thing. So I think part of knowing the diagnosis helps everyone deal with them a little bit better.”

Mom Kristine watches Kyle and Gabby try to fix the broken go cart. The years since Kyle’s diagnosis with ADHD haven’t always been easy. Sometimes his dosage is off or new stressors come up and his symptoms return. But she says overall his life has changed for the better.

“He’s actually in soccer now, he plays dodge ball, he plays with his sister and brother outside. He plays with kids. So he’s just a normal, everyday child.”