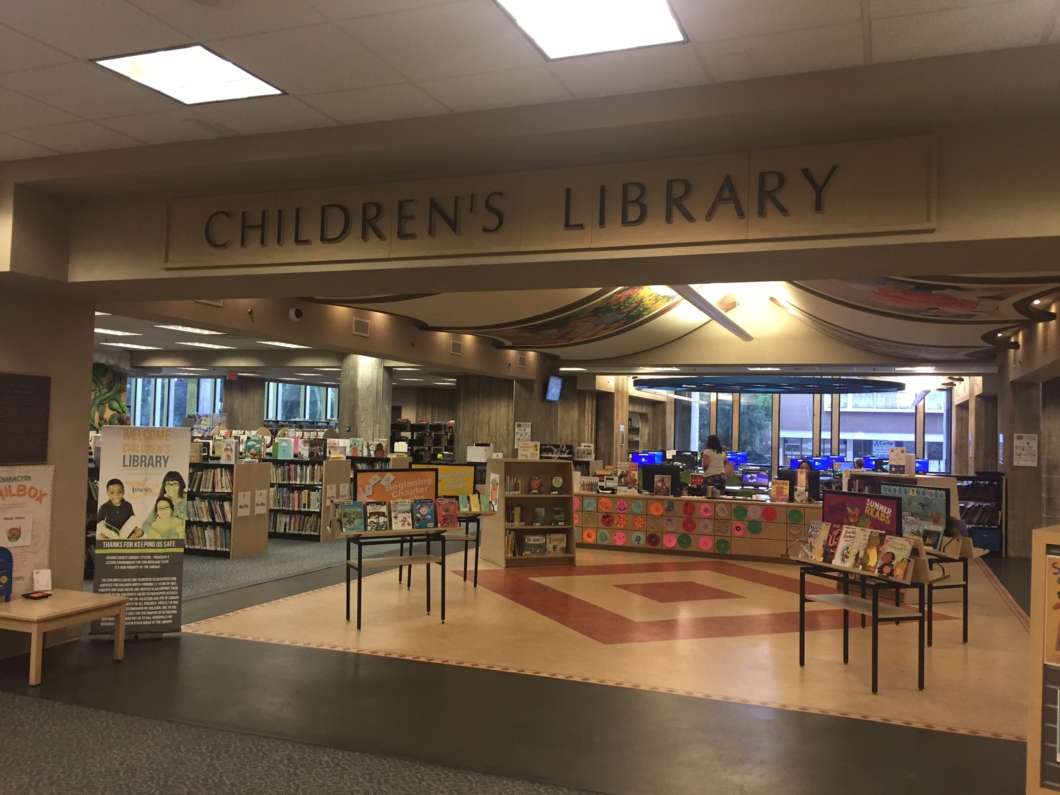 The Orlando Public Library has a children and teen section for young readers./Photo: Catherine Welch

Summer reading keeps kids from losing the reading skills they built up during the school year. From our Education Desk, 90.7’s Catherine Welch caught up with the Orange County Library System’s Youth Services Librarian Silence Bourn for recommendations for young readers.

Silence Bourn:  So one of my favorite picture books right now is called Dude! It’s just the word “dude” with an exclamation point, and it’s fantastic because the only word that is in the book is “dude.” It’s about two adorable animals who decide to go surfing and shenanigans ensue. And everything is just told by different inflections on “dude.” So they could be like “dude.” “dude!” “dude!!!”

It’s a really great way to sit down with your child and go through the story and let them critically think about the pictures, and think about how they could use that word, and how you can change the meaning of it just based on your voice, and what your feelings are in your response.

Catherine Welch:  Let’s move up to eight, nine and ten year olds, and what is popular for readers who are a little older.

Bourn:  So every year FAME, which is the Florida Association of Media Educators, comes out with a list called the Sunshine State Readers. My favorite from this year’s selection is called “Lights, Camera, Cook!” It’s about four kids who are tween age. They have entered into a cooking competition. These kids are from all across the country, all different walks of life. They’re put on a TV show and they have to battle it out to win super-sweet gadgets and also get one-on-one cooking sessions and lessons with this master chef.

It’s a really palatable read for young people because there is a nice sprinkling of illustrations throughout the book. If they are fans of Dog Man or Diary of a Wimpy Kid and like that blend of heavy text with illustrations it’s going to be something they’re going to want to pick up an and devour for sure.

Welch: Let’s talk about Dog Man. That is one of my son’s favorite. It is the meshing of a dog in a police officer, (my son) eats these books up.  Are these still insanely popular with these third and fourth grade readers?

Bourn: I can’t keep them on the shelves, honestly. I think they love them because they’re really funny, they’re visually stimulating so there’s lots of pictures to look at , which I think is also a less of an intimidating read for somebody who is what we call it a reluctant reader – maybe reading is a little scary for you.

Welch: What trends are you seeing in these third and fourth grade readers in terms of the kind of genres that they gravitate to?

Bourn: I thought a lot about that’s actually, and I think that instead of them gravitating towards a particular genre what I’m seeing more often is an expansion of content in all different types of genres.

I think instead of the publishing world finding one book that they think is like the most marketable book ever, and then they pop out a bunch of books that are exactly like that. Instead what they’re doing is thinking about what types of formats, so like how you have that graphic blend in Dog Man how that format is translating well to kids.They’re taking that format and then using it in the most malleable way possible.