Orlando International Airport has canceled 248 flights in the last 24 hours, as flights across the country face challenges due to the effects of Winter Storm Elliot.

About 175 of those flights were canceled on Tuesday alone, said Rod Johnson, an MCO spokesman.

"I can tell you that most of the cancellations to this point are Southwest airlines," Johnson said.

Southwest Airlines, which has canceled hundreds of flights across the country, canceled 84 departing flights out of Orlando between Monday and Tuesday afternoon. And Southwest cancellations are still mounting out of MCO, with another 149 canceled between Tuesday and Thursday.

The airline company announced that canceled flights would not be rescheduled until Saturday.

In a statement sent to WMFE, Southwest said it will be operating on a reduced schedule across the country and will be flying two-thirds of its scheduled flights over the next several days due to challenges created by Winter Storm Elliot.

"We also implemented a site where Customers can contact Southwest to rebook or request a refund: Southwest.com/traveldisruption," Southwest stated. "The Southwest Team is working to accommodate Customers on available flights as soon as possible, and we apologize for the inconvenience to our Customers."

Additionally, Southwest's Travel Advisory is in effect to offer Customers flexibility with rebooking.

The U.S. Department of Transportation announced Monday that it will be examining Southwest’s operations and whether the cancellations were controllable or not as well as reports of a lack of customer service. 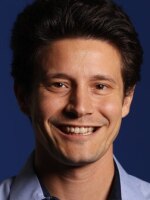