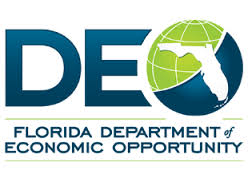 The latest jobs report out today  shows Florida’s unemployment rate was 4.7% in September, the same as August.

“It basically tells us that as we get into 2017, Florida’s economy cruising into a steady rate of growth, that’s a good thing, and then there is increased confidence as more workers jump into the workforce to seek employment,” said Teshome.

Teshome said the good thing about the hospitality sector is that it responds to upticks in the national economy.

“As the rest of the US economy steadily improves, it means that more and more people are able to spend money, come down to Orlando, enjoy a few days, a week or so, and bring money and economic activity into the region.”

The down side, said Teshome, is that wage and income growth in the hospitality sector has been lagging.