How hurricanes in Florida bring a storm to your wallet 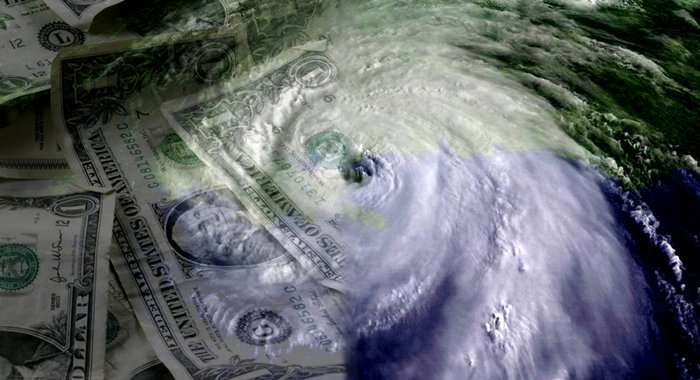 Hurricane season officially starts June 1st and with inflation hitting the pockets of many residents, it can be difficult to think of preparing for the storm. WMFE’s Talia Blake spoke with Sean Snaith, director of the Institute for Economic Forecasting at the University of Central Florida, about how hurricane season can bring a storm to your finances.

The Price of Prep

Preparing for a disaster can be pricey, but Snaith said it can be worse the closer you get to a storm. “If you’re like me, and you wait till five hours before the hurricane is about to hit, and you have to pick over what’s left on the shelves, ‘ Snaith said. “And so I can remember, I think it was Irma, I waited pretty late in the game. The only water I could get was Voss water in a glass bottle, and the only candles left were like religious votive candles. So, that was kind of an expensive prep.”

The Price of Damage

Whether you’re on the coast or you’re more inland, even the most prepared person can’t win against a very damaging storm. UCF recently created a tool called HazardAware which can show you how resilient your home is to natural disasters, like hurricanes, and tell you the estimated cost.

Snaith said between inflation and supply chain issues, fixing any damage could be difficult this hurricane season. “We’re in a situation now, if a storm hit, and you had to prepare damages to your home or to structures, the cost of materials is so much higher for other reasons that that’s going to boost the cost of repairs,” he said.

Even if your home is fully insured for hurricane damage, Snaith said there’s a percentage limit that you have to pay yourself before the insurance company starts to help with costs. “It’s not a few 100 bucks, it’s several $1,000, typically seven $8,000, depending on the value of the structure that you have to pay out of pocket before the insurance company starts to pick up the remainder of those costs.”

Effects On The Overall Economy

In 2017, UCF’s Institute for Economic Forecasting did an analysis of the impact of hurricanes on the economy in Florida. For each hurricane, they examined the counties that were most directly affected and what it that mean for the economy. “Because inevitably, after a hurricane, you’ll see some news report or some commentary that says, ‘oh, it’s really good for the economy,'” Snaith explained. “Which I think is one of the biggest and persistent myths about hurricanes, that somehow it triggers economic growth.” Snaith said that’s like saying, “Well, if you destroy your economy is a good way to help grow your economy.”

For example, if you run a roofing company, hurricanes can be good for your business. “But, if you look at the larger economy, if you know that roof that’s being repaired, was on a restaurant that has to shut down until all those repairs are done. But what about all the meals that would have been served from that restaurant? What about the owners income and their employees incomes that are no longer being made?” Snaith explained.

Snaith said there’s a flow of economic activity that spikes up because of the hurricane, but a lot of that flow is just replacing what we had pre-hurricane. “At the end of the day, are you are you really better off as an economy for having suffered a natural disaster? And the bottom line is no,” Snaith said. “But the recovery from that, looking at it historically, tends to be pretty rapid.”