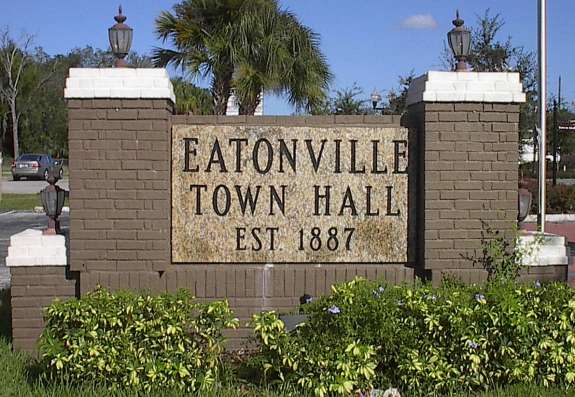 In the past two weeks, Eatonville’s newly elected mayor, Anthony Grant, has become the subject of a voter fraud lawsuit and a pending review of bribery complaints by the Florida Department of Law Enforcement.

Grant denies the allegations and has accused the town’s former mayor of using coercion to undermine his political status.

90.7’s Renata Sago spoke with 90.7’s All Things Considered host Crystal Chavez about the latest developments in the story.

CRYSTAL: Renata, what’s the latest development since Grant was served papers and the FDLE announced its review of complaints?

RENATA: Well, the complaints and lawsuit allege that Grant committed voter fraud by bribing residents on the properties he owned to vote absentee for him in exchange for reduced rent.

Grant continues to deny those claims. He publicly defended himself last week at his first town council meeting since taking office. He asked residents, council members, and staff for time and patience as he faces the allegations.

Here’s what he said in an interview:

“I cannot stop working because two or three people may not like me. I tell you what. If you look at President Obama, Republicans hate him. They say mean, vicious things about him. That’s politics.”

Grant wants to move past the charges and he’s intent on turning the town into a cultural entertainment hub. He’s focusing on an overhaul of its finances and possibly staffing.

CRYSTAL: And has he formally responded to the lawsuit yet?

Yes. Last Friday was his deadline to respond. His attorney filed a motion that day to dismiss the case filed by the former mayor. In the motion, Grant accused the former mayor of wielding his influence by having the police department investigate him and by rallying a group of potential witnesses to testify falsely against him.

Also, he said the former mayor failed to file a complaint about possible electoral fraud within ten days of the election, which is required under state law.

CRYSTAL: What is Mount’s attorney saying about this?

RENATA: Well, Mount’s attorney maintains that the truth will prevail and he’s working with the FDLE to investigate further.

CRYSTAL: And the police department? What is it saying about Grant’s claims?

RENATA: The department couldn’t be reached for comment. The deputy chief is on vacation and former chief Eugenio Bernal left two weeks ago after being told to voluntarily submit his resignation and prepare for an internal performance review. Grant has named a new chief to replace Bernal.

CRYSTAL: Have you spoken with any of the witnesses who are preparing to testify against Grant?

RENATA: I spoke with one witness, Rodney Daniels. He was first elected to town council eight years ago. He claims he saw Grant look inside a mailbox not too long after the absentee ballots were sent out.

Daniels told me what he submitted in his statement to the FDLE; that he saw Grant open the mailboxes as if he was looking for absentee ballots.

Here’s what he said in an interview:

“Before he went in, I was sure to say that, ‘Sir that’s a felony because you can’t go inside someone’s mailbox,’ which he replied, ‘This is family’ and proceeded to walk inside the home, and when he came out, he had a green envelope in his hand.”

CRYSTAL: Any word from Grant’s attorney about the next steps in the case?

RENATA:  No, his attorney couldn’t be reached for comment.

CRYSTAL: So what’s next in this lawsuit?

RENATA: Well, it’s up to a judge to schedule a hearing and decide whether the case will be dismissed or whether there’s sufficient evidence to hold a re-election. That decision could come in a couple of weeks or so.

But beyond the case, the FDLE is still investigating complaints and in the past couple of weeks, Attorney General Pam Bondi has ordered Grant to pay a $1000 fine under a violation of the Florida Ethics Commission. This story is definitely developing and we can expect more to surface in the coming weeks.

CRYSTAL: Ok, well thanks for keeping us posted, Renata.