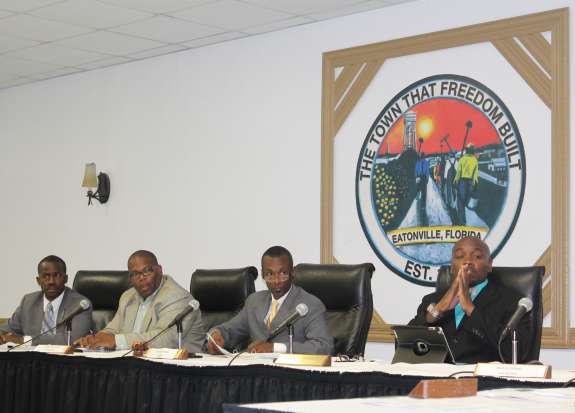 Grant openly denied claims that he conducted fraud during last month’s elections. Grant recalled his election in 1991 when he was targeted for similar allegations.

“I was arrested for 8 felonies facing 40 years then. Same people doing the same thing. Nothing new. It’s sad, but it’s real. So we’re rolling up our sleeves and we’re trying to deal with a myriad of issues,” he said  in a packed room of residents, council members, and staff.

The mayor came under fire last week when long-time police chief Eugenio Bernal resigned and Grant was served papers in a lawsuit alleging he committed voter fraud and bribery during last month’s elections. The Florida Department of Law Enforcement also announced it is reviewing similar complaints from witnesses.

Grant maintains his innocence and said he is going to focus on serving constituents.

“I cannot stop working because two or three people may not like me. I tell you what, if you look at President Obama, Republicans hate him. They say mean, vicious things about him. That’s politics.”

Councilman Rodney Daniels, who also attended tonight’s meeting, has agreed to testify in a lawsuit against Grant that he saw the mayor tampering with absentee ballots.

At the next town council meeting, Grant plans to address the town’s finances and review the performance of its four appointed staff.