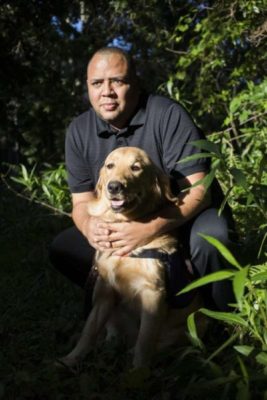 The Town of Eatonville has denied a disability pension for a Pulse first responder with post-traumatic stress disorder.

Former police officer Omar Delgado was fired for medical reasons at the end of 2017. He said it was because of his PTSD.

Delgado said he was living off the proceeds from a GoFundMe account — but that money has run out.

“It’s been a struggle,” Delgado said. “That’s all depleted because I was living off my credit cards. Having one paycheck coming into this house doesn’t cut it.”

The Police Officers Retirement Trust Fund denied his request at a meeting last month. Delgado and his lawyers plan to appeal the decision, and file an equal employment opportunity commission complaint against the department.

The Eatonville mayor did not immediately respond to WMFE’s request for comment. Check here for more on Delgado’s story.