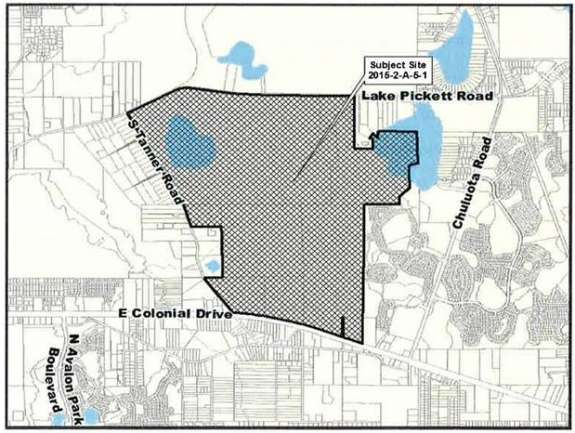 About 400 people showed up at last night’s Orange County community meeting about re-zoning some contentious land east of Orlando for a proposed new “agrihood.” That’s what developer Dwight Saathoff is calling his part of a new neighborhood that would be built in the largely-undeveloped Lake Pickett area bordered on the south by Colonial Drive and located between Tanner Road and Bithlo.

Under Saathoff’s proposal, about 2,500 homes would surround a working farm. That and other edible, walkable, green-minded amenities would make it the first agrihood in Florida.

But first, he’d have to get the agricultural land re-zoned. Right now, it’s only legal to build one house every ten acres.

And some nearby residents want it to stay that way. They’re aiming to keep what they call their rural lifestyle, and they cringe at the thought of the added traffic in an already congested area. They’ve formed a group called Save Orange County.org.

More public meetings will be held before Orange County Commissioners take up the re-zoning issue.