Earth welcomes its 8 billionth baby. Is that good or bad news… or a bit of both? 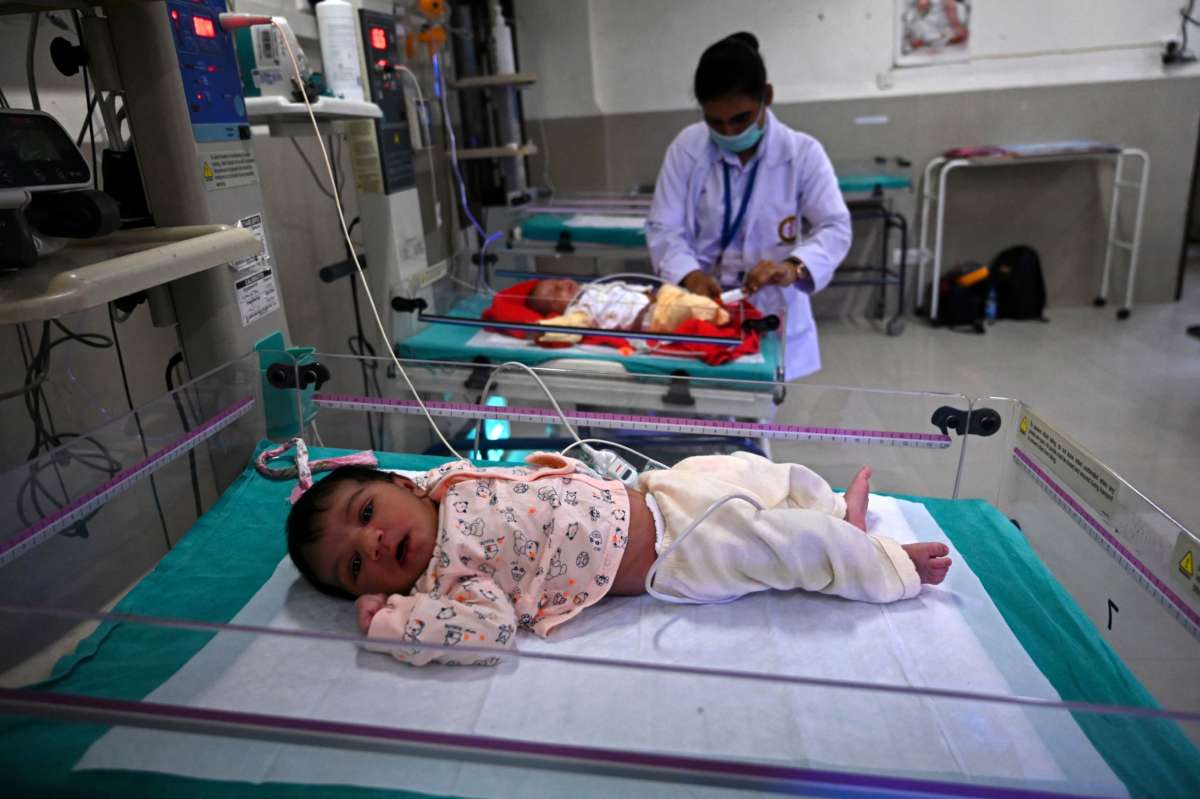 The population of Earth will hit 8 billion on Nov. 15, according to predictions by the United Nations Population Fund. And next year, India is expected to surpass China as the most populous country. In this photo, taken on Oct. 13, newborn babies rest inside a newborn care unit at a hospital in Amritsar.

Today, somewhere in the world, the first cries of a newborn baby will signify a milestone for humanity: The arrival of world’s 8 billionth resident.

The United Nations is celebrating today (Nov. 15) as the “Day of 8 Billion” – the date the world’s population is projected to reach 8 billion people.

There’s no way to know exactly which baby puts the population over this mark. But she or he will likely be born in the Global South. The U.N. says much of the population growth expected between now and 2050 is coming from just eight countries – and half of them are in sub-Saharan Africa.

Other countries in this group of eight are in Asia. India, with nearly 1.4 billion people, is forecast next year to overtake China as the world’s most populous country, according to the U.N. But its population growth is actually slowing, due to declining birthrates linked to massive migration to urban areas.

The U.N. says today’s milestone is a celebration of human longevity due to improvements in public health and medicine. But it also comes with warnings about economic inequality and sustainability: Demographers say countries with the highest fertility tend to have the lowest income per capita. And slower population growth could help mitigate environmental damage.

NPR spoke about the Day of 8 Billion with Andrea Wojnar, India representative for the United Nations Population Fund (UNFPA), who is based in New Delhi. This interview has been edited for length and clarity.

What’s the significance of the 8 billion mark? What’s the purpose of this U.N. campaign?

The story behind the world’s eight billion population today is really a story of triumph. The number of human beings is more than ever, due to increasing life expectancy but also declining infant and maternal mortality.

So for us, that’s a mark of progress in medicine and health systems. It shows improvement in education and overall development.

This is a landmark in human survival. We think in today’s world, despite the challenges, a higher share of people than ever before are educated and are living healthier lives than in any previous point in history. Behind all these numbers, we see the potential of human beings as resources and solutions – and not as a cause for alarm.

Where is the global population growing most quickly?

The global population is growing most here in India. In overall numbers, India is set to [next year] become the country with the highest population. [A UNFPA dashboard shows India’s population currently at 1.406 billion, compared to China’s at 1.448 billion.]

The speed of growth, though, is slowing down in India and in most of the rest of the world – with the exception of a few countries in sub-Saharan Africa.

This is the most important thing for a country: That it’s able to keep pace with the growth of the population – meaning that it’s able to provide health care, education and create conditions for jobs to exist. So that’s why we [the UNFPA] are very happy here in India. They’ve been very successful with family planning and providing information and access for women.

What are the main drivers of these demographic changes?

The main drivers of population growth assume that conditions exist for people to live and survive – meaning there are no humanitarian catastrophes, war or conflict that would impact their ability to survive.

These are conditions we see in sub-Saharan Africa and some countries in Asia, and even in pockets of middle-income countries, where you have population growth.

But in countries where you have good family planning, good maternal health care and women can expect to give birth to live babies that will live, they don’t feel the need to produce eight or ten or 12 babies to have a healthy family.

Education is a key factor that also contributes greatly [to slowing population growth]. We know that women who are educated for ten years in India, for example, will marry later and have a higher income [and will have fewer children as a result].

Given the cost of living in urban areas, and the difficulty in managing in an urban area – but also higher income and access to services – we see populations stabilizing in urban areas. It tends to be in rural areas, where families are still living agrarian lives, that they need to have, or want to have, larger families.

How do India’s demographics compare to China’s?

India’s neighbor [China] achieved ‘replacement level’ already three decades ago. That’s the amount of fertility needed to keep the population the same from generation to generation. As a result, the affect of population momentum is now over in China. The country will achieve its peak population size by next year.

Whereas India will continue to experience population momentum for several decades to come before the population actually stabilizes. This represents a great opportunity for India, as a youthful country with the largest number of young people and in particular young girls anywhere in the world.

There’s a huge opportunity – a huge potential – to tap into, to enjoy greater economic growth and development as a result of this youth bulge and the female potential that’s within that youth bulge. It’s been heretofore mostly untapped.

Much of Earth’s population growth occurs in countries of the Global South, but babies of course arrive in every corner of the world, at times of peace and war. Above: Newborns sleep in cots at the maternity ward of the Regional Clinical Hospital in Lviv, west of Ukraine, on Oct. 21.
Yuriy Dyachyshyn/AFP via Getty Images

How do we tap into this potential and where does work need to be done?

The challenges are anywhere where women and girls don’t have decision-making power – where they have lower levels of literacy and where they’re not able to exercise their reproductive rights and choices. By that we mean when to get married, when to have children, how many children to have, and at what frequency to have those children. These are biggest challenges for a country. Once those things are mastered, they are able then to stabilize the population, invest in their people and see a strong return on that investment, based on those rights and choices.

We see that across the history of the world. In countries where there is good gender equality, where there is access to family planning and rights and choices, populations naturally stabilize. It’s the countries able to invest and create peaceful and prosperous and sustainable societies.

That’s what we want for all of the world’s 8 billion population.

And what’s the impact of population growth on climate change?

But it’s important to understand that the majority of the world’s population growth is concentrated in poorer countries with significantly lower emissions rates. They’re not the ones creating the situation. But in reality, they’re the ones having to face the consequences of this over-consumption in the West.

They suffer disproportionately. Despite the growth in their populations, they’re actually responsible for a very tiny percentage.