Early Voting Surges In Florida Ahead Of Election Day 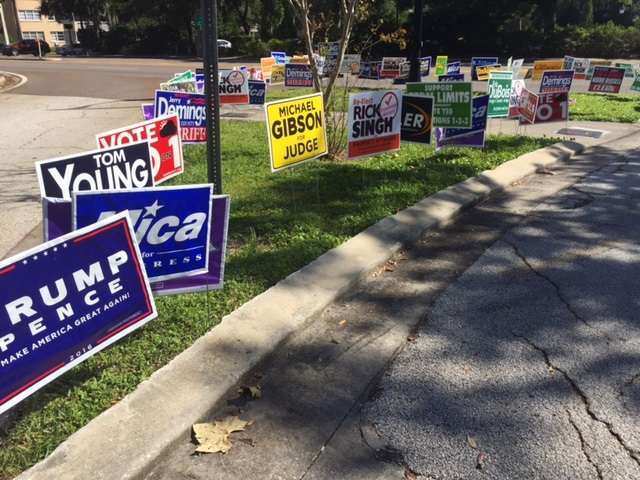 About half of Florida voters have weighed in ahead of Election Day. Florida’s Department of Election reports 6.42 million ballots have been cast either by mail or during early voting.

Serrico White was one of those early voters. He showed up at the Winter Park Library Saturday afternoon with hardly a line to wait in, and lines are what got him to the polls.

“Voting day is going to pretty hectic, you know the lines and everything, so knock it out early,” said White. “Actually I can’t wait until it’s over.”

But that still leaves millions of voters left to cast their vote on Election Day. Newly-arrived Puerto Rican voter Julio Enrique is waiting until Tuesday to vote. He said he wants to celebrate his first time voting in the U.S.

Orlando resident Ivan Espinoza also plans to vote Tuesday to set an example for his young nephews. He said he hopes everyone gets out to vote because it’s important and every vote counts.

This election turn out could top 2012 when more than 8.5 million people voted.