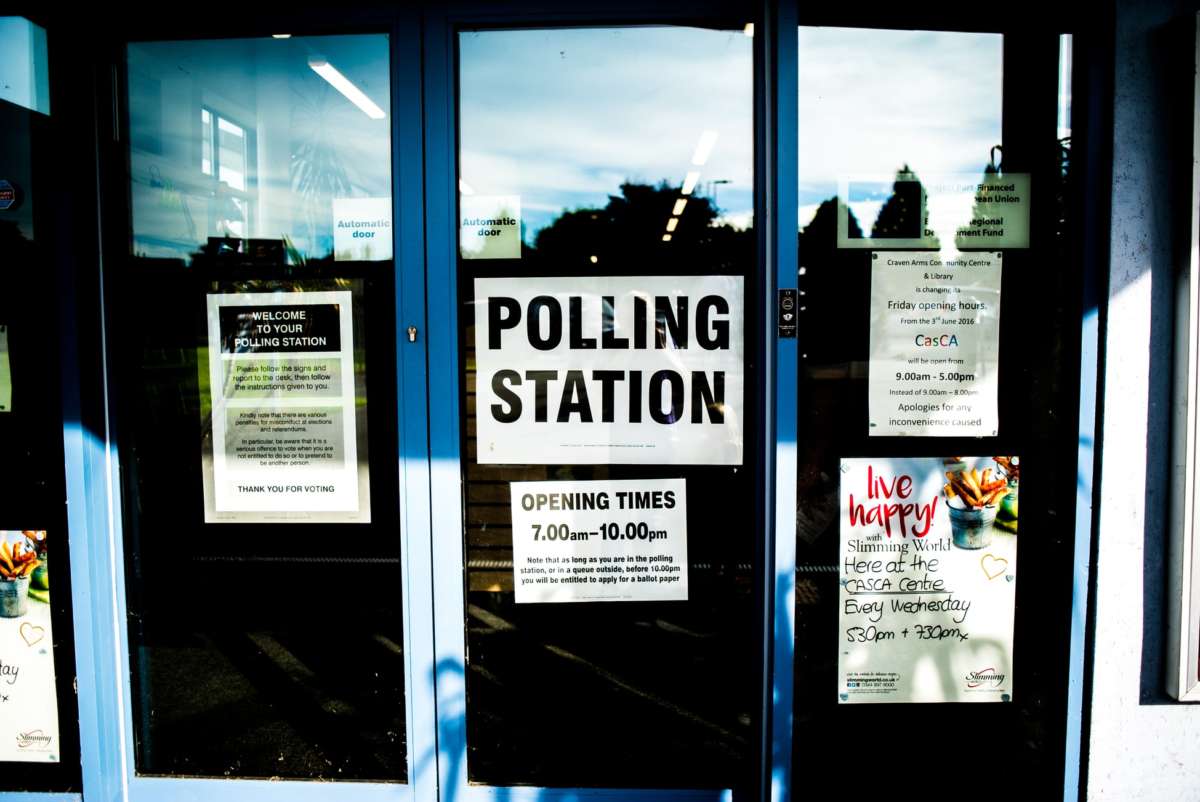 As early voting began in Leon County, long lines at polling sites followed. Many of those participating say they decided against voting by mail because of negative news they’d heard.

Near the entrance of the Northeast Branch Library Tuesday, a large flag in support of President Trump waves. Holding that flag is Georgia Smith, a retiree, who says she plans to be there throughout the election. While she doesn’t work directly for the President’s campaign, she says she is working for him.

“Trump is working so hard for us; I’m working hard for him just because,” said Smith.

Smith’s age makes her high-risk for catching COVID-19. She chose to vote in person because she fears her ballot won’t be counted if she voted by mail.

“I wanted to make sure my vote went into the box. I wanted to put it in there myself I didn’t trust the mail. I didn’t trust anything like that,” said Smith. “I’ve seen so many headlines about discarded ballots and things like that.

The line of voters at the Thomasville Road Branch stretched toward the sidewalk. About 100 people were in line by 11 am. Among them is Peter Weishar who was leaning on his cane for support. Weishar says it was the longest he’s waited to vote. He considered coming back another day but worried the line could happen again. Weishar says negative information about voting by mail discouraged him from doing it.

“With all the pressure with voting by mail and Trump going on and on about what he’s going to do to the mail vote. And the possibility that that mail vote may be discounted by a legislature or a judge or whatever we decided we wanted to make sure we came in person and voted here,” said Weishar.

Not everyone at the polling site was there to cast a ballot in person.

“I voted as soon as I got it, so mines been counted and registered and everything,” said Barbara White.

White was there waving a sign in support of Leon County Schools Superintendent Rocky Hanna. She says she’s voted by mail throughout the pandemic with no issue.

“People are all like ‘they’re going to lose them’ but you can check and see that it’s been registered and counted and everything,” said White.

White says she doesn’t understand the distrust in the vote by mail process.

“The military’s voted by mail its whole experience and I figured they always trusted it so why not,” said White.