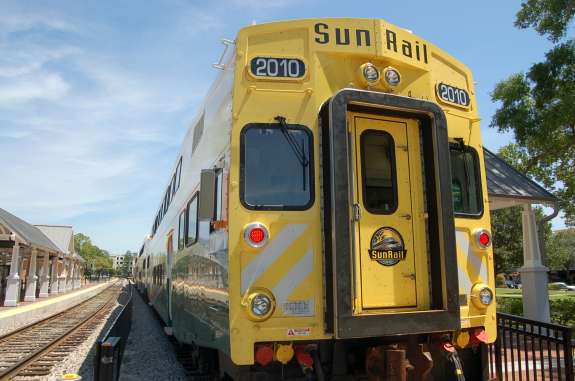 Federal funding for the second phase of SunRail will come through according to Orlando Mayor Buddy Dyer, who traveled to Washington DC along with Florida lawmakers this week to talk to officials about the project.

Phase II of SunRail didn’t meet the criteria for federal funding because it included something called Positive Train Control- a technology designed to automatically slow or stop a train before an accident occurs.

Mayor Dyer says officials thought it would push the project over budget.  “Initially we thought that could be included in the FTA share, and the way some of the criteria shakes out we score higher by not including that, so that was one of the items of discussion,” he says.

Dyer, who chairs the Central Florida Commuter Rail Commission Governing Board, says the solution might be to pay for the new technology separately.

The estimated cost of extending the line North to DeLand and South to Poinciana, is $253 million. The Federal Government will pay half of that.