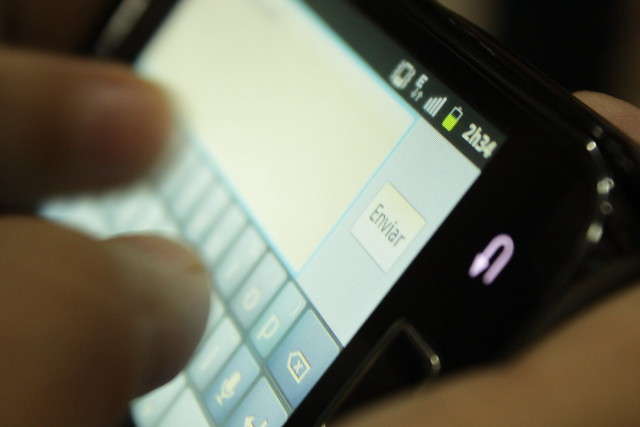 Deputies in Orange County will be writing people tickets for texting and driving starting today.

Governor Ron DeSantis signed the bill into law in May.

People can also get tickets for emailing or instant messaging on their phones.

That means deputies won’t be writing warnings if they see people typing on their phones.

“In the past it was a secondary offense. In other words you had to commit another traffic violation saying like going over the yellow line. But now when we see you manually typing in or texting while you’re driving, that’s a primary offense and we can start giving tickets.”

Mina says drivers need to be prepared to present their license and registration if they’re pulled over, but do not need to hand over their phone without a warrant.

Orange County Police Chief Orlando Rolon says his officers will only be writing warnings for people who use handheld devices in school and construction zones when that part of the law takes effect in the fall.

“So October 1st it will become active and then it will be until the end of the year that there will be a grace period so that people are aware or become aware of the new state statute and warnings will be issued.”

Then Rolon says starting January 2020, his officers will be writing people moving violations for this offense which carries a fine and three points on a person’s license.

But in Daytona Beach, Police Chief Craig Capri says drivers will be given a thirty day grace period before they’re written tickets for texting and driving.

He says that’s because his department wants people to get used to the new rule before they start to enforce it.

“The goal on any kind of traffic enforcement is not to hammer people with tickets and fines. The goal is to get compliance and education. And I think if we get the compliance piece you won’t have to worry about getting a ticket. Because I think most people are going to realize it and say you know what I’ll put the phone down.”

Capri says after that drivers will get tickets.

The law does allow first responders to use their phones while they’re driving along with the people who are trying to communicate with them during an emergency.

It also makes exceptions for people who are texting when their car is at a complete stop, pulled over in traffic or at a traffic light or stop sign.