Dredging Starts To Remove Muck From The Eau Gallie River 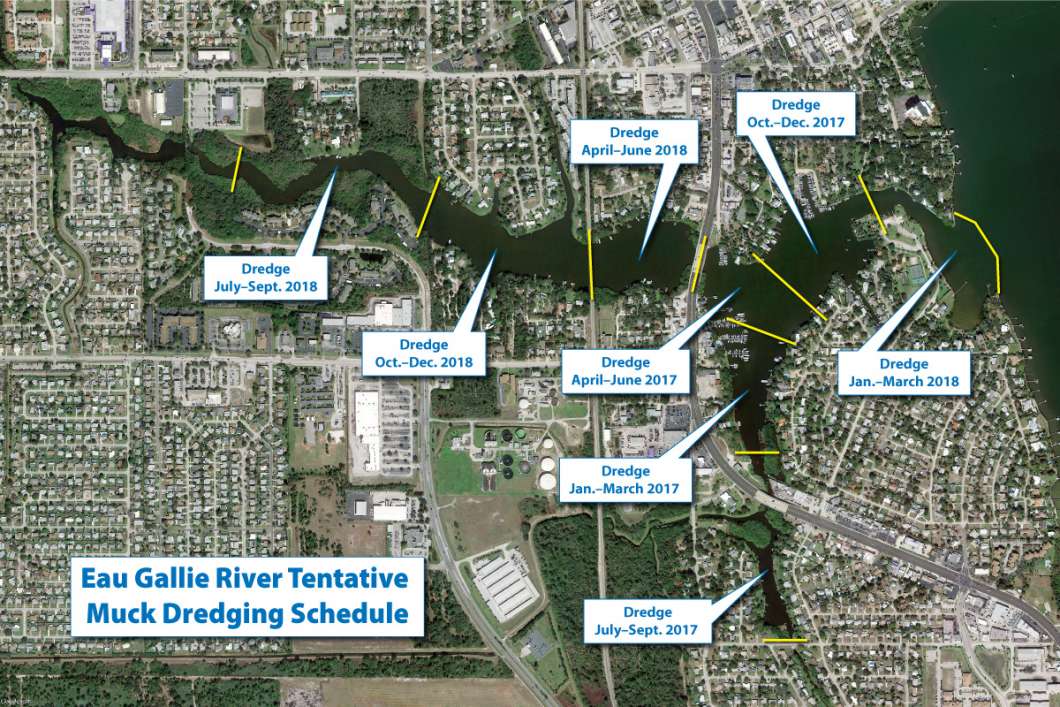 A map of when and where the Eau Gallie River will be dredged./Photo: SJWMD

Muck fouling the Indian River Lagoon is the target of a dredging project in the Eau Gallie River.

The muck not only blocks much-needed sunlight for sea grass, it’s also rich in nitrogen and phosphorous, which trigger harmful algae blooms. Since the Eau Gallie River in Brevard County flows into the Indian River Lagoon, the dredging will also improve the troubled lagoon’s health.

Ed Garland of the St. John’s River Water Management District said he can’t remember when the area was last dredged.

“And you can see this stuff churned up. Heck, you can put your feet in it if you like that squishy feeling and see how bad it is,” said Garland. “So you’re talking about an accumulation of, maybe as things developed in Melbourne, 50, 60 years of storm water runoff going into that one area and it’s never been cleaned out.”

The muck is being pumped nearly four miles by pipe to a dumping ground near the county landfill.

“You’d climb up on this berm, and it looks like a big area where you would contain something, and there’s a pipe sticking out of it. And that pipe is just flowing right now with muck and water,” said Garland.