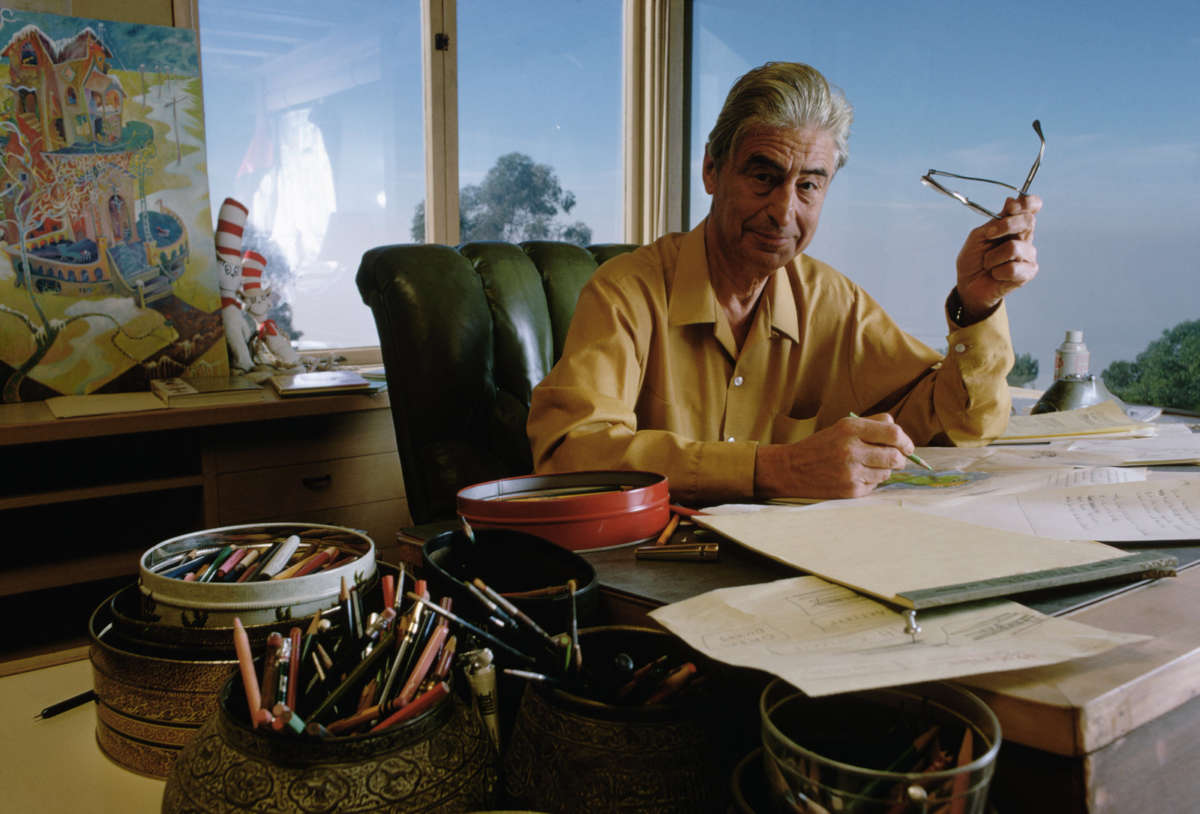 Dr. Seuss Enterprises will cease publishing six of the author’s books — including And to Think That I Saw It on Mulberry Street and If I Ran the Zoo — saying they “portray people in ways that are hurtful and wrong.” The books have been criticized for how they depict Asian and Black people.

The decision to stop publishing and licensing the books follows a review by a panel of educators and other experts, according to Dr. Seuss Enterprises, the company that controls the author’s books and characters. The other four titles that will be permanently shelved are McElligot’s Pool, On Beyond Zebra!, Scrambled Eggs Super! and The Cat’s Quizzer.

The company says the decision was made last year, in an effort to support “all children and families with messages of hope, inspiration, inclusion, and friendship.”

First published in 1937, And to Think That I Saw It on Mulberry Street is the book that propelled Theodor Seuss Geisel’s career to new heights, as he pivoted from working in advertising to writing children’s books as Dr. Seuss.

Several of Geisel’s later books overshadowed Mulberry Street. But over the years, critics and readers have struggled to reconcile the open-hearted and clever tone of it and other Seuss classics with the small-minded caricatures of minorities they also contain.

“In And to Think That I Saw It on Mulberry Street, for example, a character described as Chinese has two lines for eyes, carries chopsticks and a bowl of rice, and wears traditional Japanese-style shoes. In If I Ran the Zoo, two men said to be from Africa are shown shirtless, shoeless and wearing grass skirts as they carry an exotic animal. Outside of his books, the author’s personal legacy has come into question, too — Seuss wrote an entire minstrel show in college and performed as the main character in full blackface.”

Dr. Seuss Enterprises announced the plan to halt publishing and licensing the six books on Read Across America Day, a celebration of children’s books that has long been linked to Dr. Seuss — the March 2 date is also Geisel’s birthday. But the National Education Association says it no longer partners with the Dr. Seuss company for Read Across America, its year-round push for parents and families to read.

Discussing Read Across America and the Dr. Seuss books on its website, the NEA says, “Students need books that provide both windows and mirrors if we are going to create more readers, writers, and people who feel included and recognized, and who understand that the world is far richer than just their experiences alone.”

Beyond today’s announcement, Dr. Seuss Enterprises says, it will do more to promote diversity.

“Ceasing sales of these books is only part of our commitment and our broader plan to ensure Dr. Seuss Enterprises’s catalog represents and supports all communities and families,” the company says.