Dr. Fauci Says The Risks From The Delta Variant Underscore The Importance Of Vaccines 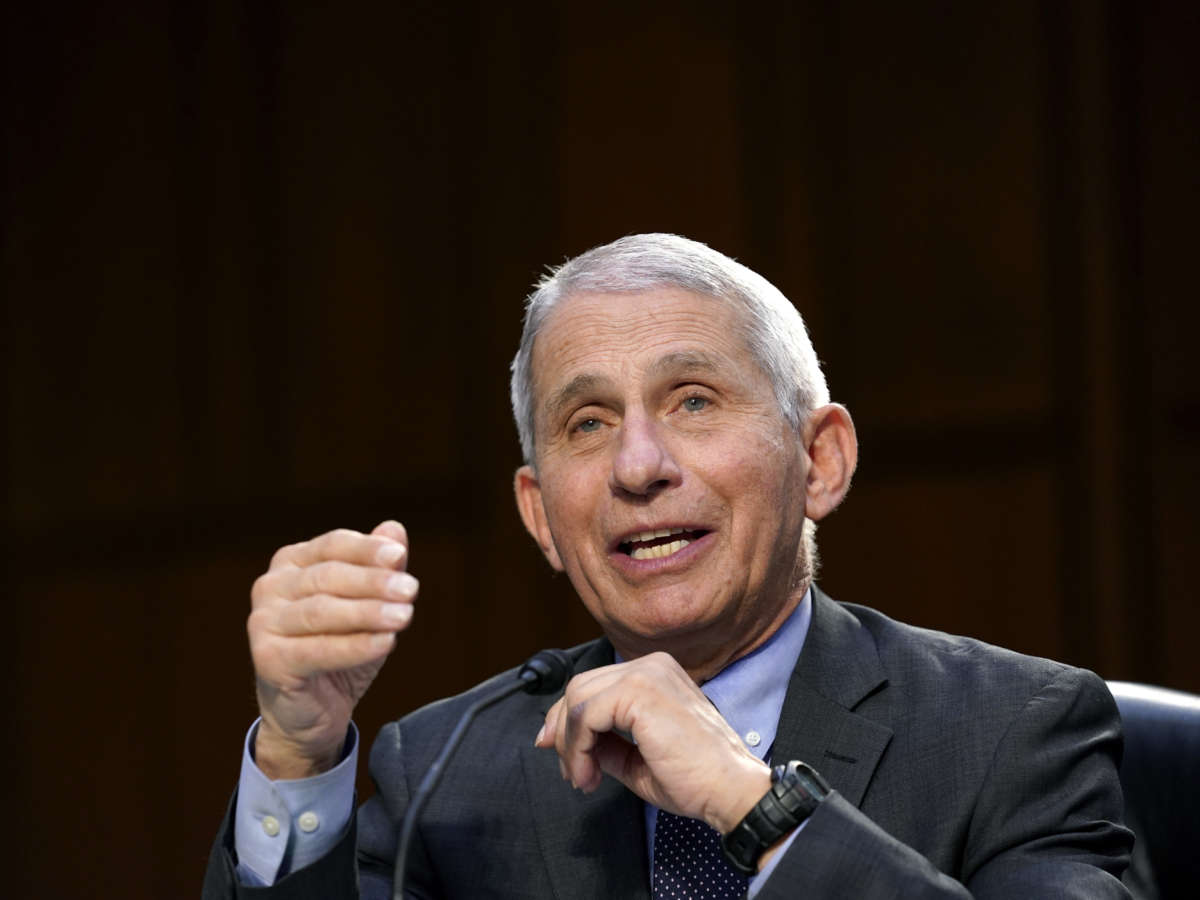 The Centers for Disease Control and Prevention has declared that the variant of coronavirus first detected in India is a variant of concern, meaning it poses a significant threat to those who are not vaccinated.

“If you are vaccinated, you’re going to be protected, which is another very good reason to encourage people strongly to get vaccinated,” says Dr. Anthony Fauci, director of the National Institute of Allergy and Infectious Diseases. “If you are not vaccinated, you are at risk of getting infected with the virus that now spreads more rapidly and gives more serious disease.”

In an interview with NPR’s Morning Edition on Thursday, Fauci elaborated on what led the CDC to designate the Delta variant a variant of concern, what the science says so far about how long protection lasts from vaccines and whether he’s worried about a new surge.

Here are highlights of the conversation, edited in parts for clarity and length.

Some studies have recently come out essentially documenting that indeed, this particular variant does transmit significantly more readily between people and among people than the virus that is now the dominant virus, which is the Alpha variant, which is the one that’s more dominant in the United States. In addition, a very recent data — literally yesterday and the day before — shows that, in fact, it is a more dangerous virus in the sense that it can potentially make people more severely ill. So the combination of more transmissibility and a greater severity of disease appropriately prompted the CDC to elevate it to a variant of concern.

I’m not concerned about the people who are vaccinated because the good news about all this among the seriousness of the situation with regard to the variant is that the vaccines work really quite well. A recent study came out showing that against any clinical disease with 617, which is the Delta variant, that the efficacy or the effectiveness is somewhere close to 90% — 88, 89, 90%. Importantly, the protection against severe disease resulting in hospitalization and death is over 90%, 93, 94%. So if you are vaccinated, you’re going to be protected, which is another very good reason to encourage people strongly to get vaccinated, because if you are not vaccinated, you are at risk of getting infected with the virus that now spreads more rapidly and gives more serious disease. The Brits are having a very difficult time with this. They have about 90 plus percent of their isolates are the Delta. As you mentioned correctly just a moment ago, about 10% of our isolates are Delta. We want to make sure we don’t get into the same situation that people in the U.K. did.

On what we know now about how long vaccine protection lasts

We don’t know for sure. We certainly know that it’s several months up to a year, because people who have been vaccinated early on, the original people who were vaccinated, seemed to continue to have protection. What we do is we monitor cohorts of people who have been in clinical trial, both for laboratory indication of durability, of protection, as well as clinical indication. For example, if we start seeing breakthrough infections, there’s a thing called correlate of immunity, which is a laboratory test that you could follow. And as that goes below a certain threshold, then you know you’re going to have to give someone a booster. So we’re preparing to boost people, but we don’t know at exactly what point we will have to do that. But we’re doing tests right now, clinical trials to determine various options for boosting people.

The federal government has agreed to buy 200 million more doses of the Moderna vaccine to prepare for necessity for boosters. Can you explain how that will work?

It’s going to be a combination of the need — potential need — for boosters, but also for the pediatric population, because as you know now, we’ve shown that at least with one candidate and likely more to come, that 12 to 15 year olds can be vaccinated. We are doing studies now to determine the proper dosage and the proper regimen for children from 12 to nine, and then nine to six and then six to two. So we have the, I wouldn’t say challenge, but at least facing ahead for the likelihood — of more than just the likelihood, I’m sure we’ll be doing it — of vaccinating children as well as possibly needing to give people boosters. They’ll be a varying requirement for boosters. For example, it is likely that the elderly who have less of a powerful immune system than people who are younger, those people would likely need a booster longer than that. So we’re looking at this. Hopefully we’ll get the right answer, which I believe we will and will be prepared for it.

Right now, 51% of eligible peaceful people nationwide are fully vaccinated. But we’re seeing people traveling. Could we see another surge?

Well, not among vaccinated people. You know, we have a disparity throughout the country. Certain states have low level. They will be at risk.