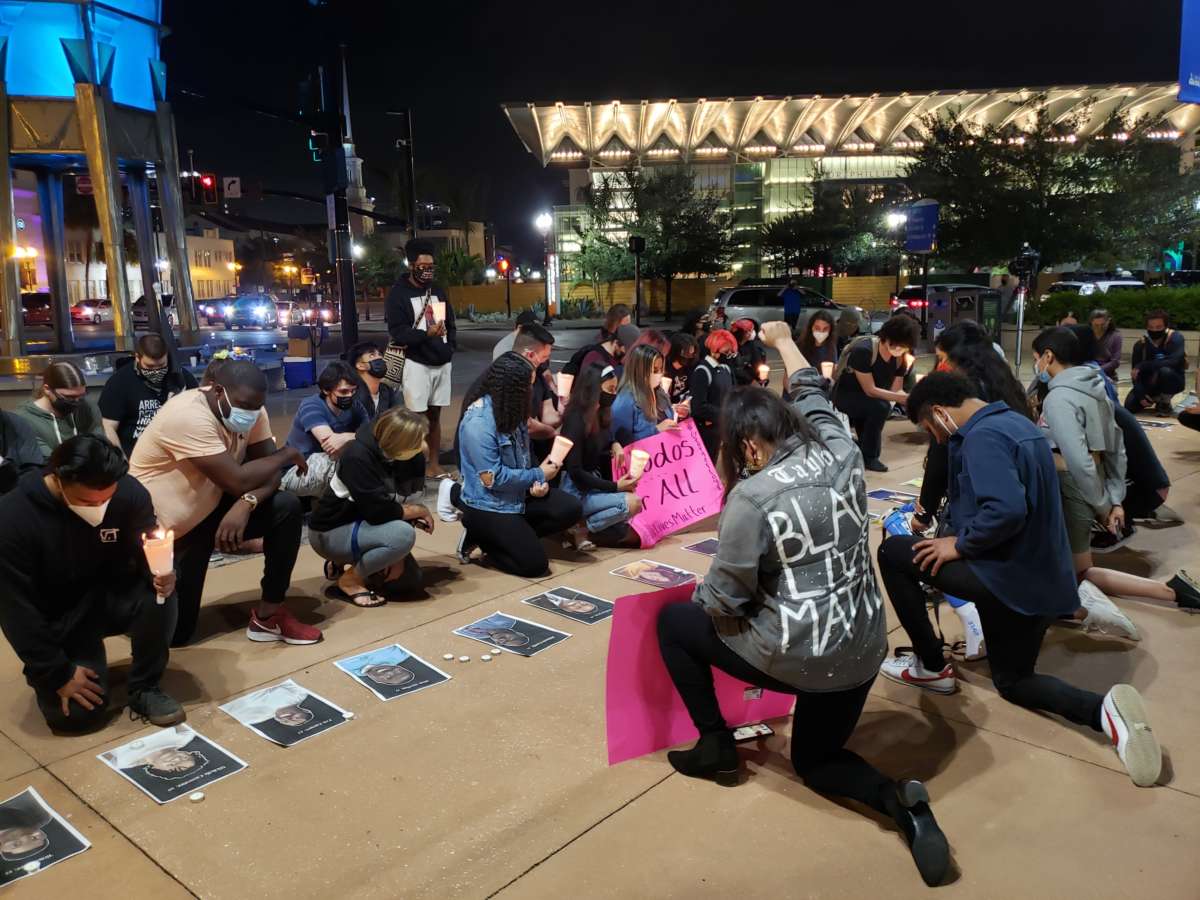 Dozens of people gathered outside Orlando city hall last night to remember the life of George Floyd and others killed by police.

They expressed relief at the guilty verdicts in the trial of former Minneapolis police officer Derek Chauvin, and called for justice in other cases.

Candles surrounded a row of portraits laid out in front of city hall- the faces of people killed by police.

Kasa Johnson, who said she’s been protesting for nearly a year, described an anxious wait for the verdict.

Aston Mack, founder of the Orlando Freedom Fighters, said he was nervous waiting for the verdict.

“I was nervous because the soul of my country was on the line,” he said.

A vigil attendee who would only give his first name- Warren- wore a t-shirt with the words “arrest the deputy that killed Salaythis Melvin.” Melvin- a 22 year old- was fatally shot by an Orange County sheriff’s deputy last August.

Warren said he’s happy with the jury’s decision in Minneapolis, but there’s still more work to be done.

“Not a big step, but more like a ripple in the water. It’s a start,” he said of the verdict.

That sentiment was echoed by Mack.

“The fact that I can look down, and I do this every single day, and there’s still names that I forget, makes me think of the enormity, the scale of the problem that we’re dealing with here in America.”

As the vigil wrapped up, news was breaking of another shooting- a 15- year- old killed by police in Ohio.