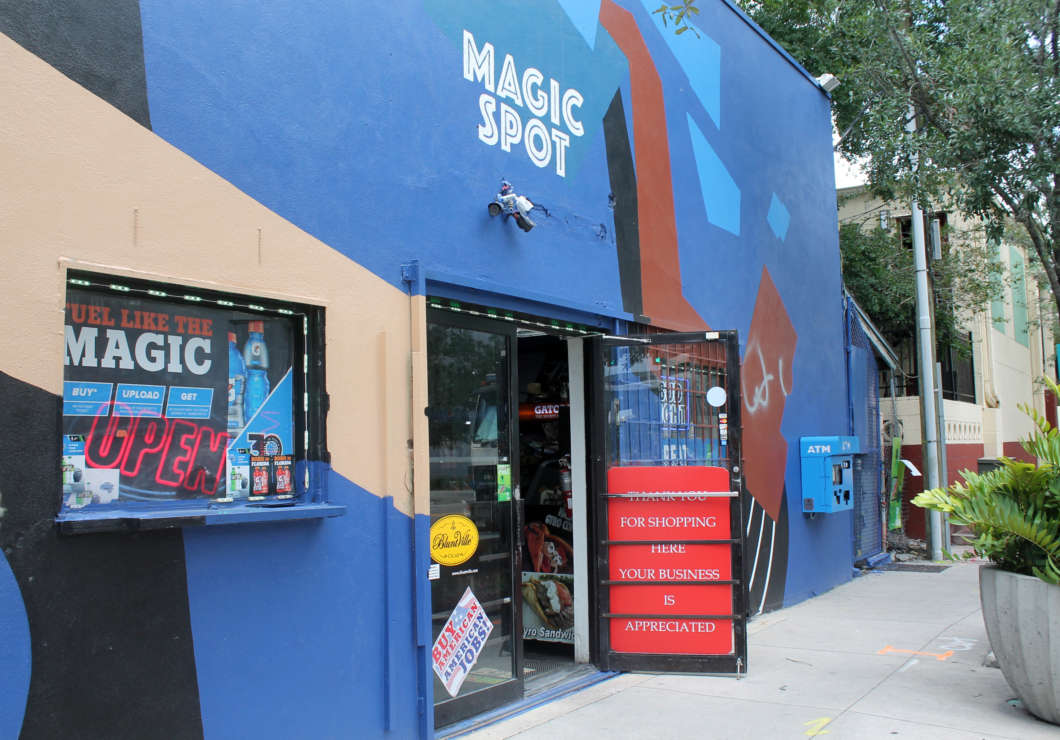 Magic Spot, a convenience store across the street from Amway, will stay open. Photo: Paola Chinchilla

Business owners in downtown Orlando are deciding whether to stay open or to close, with President Trump’s reelection campaign launch set to kick off tomorrow evening at the Amway Center.

Magic Spot, a convenience store across the street from the arena, is staying open.

Magic Spot will be selling signs, shirts and stickers for the rally. Photo: Paola Chinchilla

“If you come in later on today, the whole area right here will be Trump things. Nobody can do that on the street, except us, because we have permit, we have licensed company’s coming in to sell all kinds of stuff.”

The Wells’ Built Museum, a museum of African American history on South street, will close for the day.

“We are expecting a great disruption in traffic patterns, so it’s going to be very difficult for people to get here, including our staff. So we’ve decided not to be open.” said Wells’Built executive director Elizabeth Thompson.

The Museum will waive fees the following day in hopes that visitors come celebrate Juneteenth, a holiday celebrating the end of slavery in the US.

City officials are prepared for tens of thousands more people in downtown Orlando. Some roads will be closed from 9 in the morning.