Double Feature: Refugees In ‘Limbo,’ And Spies And Subterfuge In ‘Cliff Walkers’ 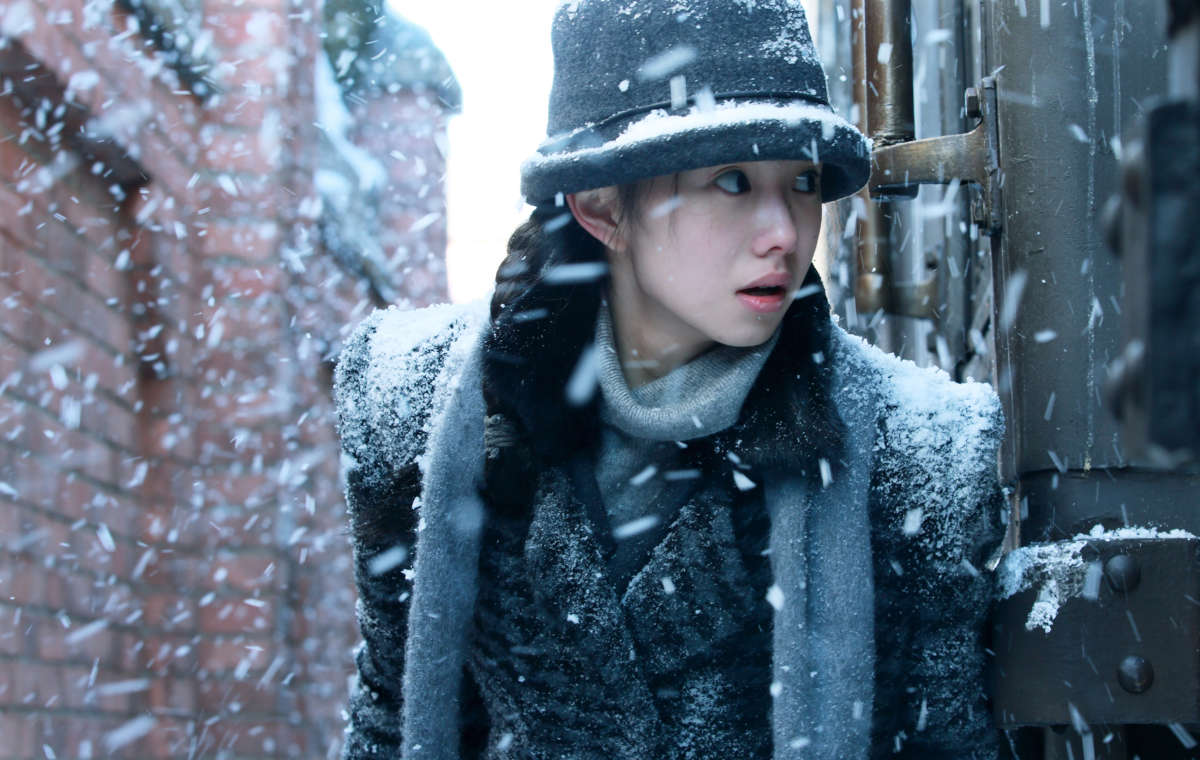 With Hollywood blockbusters still missing-in-action — it’ll be weeks before A Quiet Place Part II makes your local cinema a less quiet place — it’s nice to report that other countries are happy to fill American screens.

Limbo‘s is stark and wind-swept — a fictional island in the Hebrides that’s been outfitted as a holding camp for would-be Scottish immigrants. It offers sparsely furnished rooms for maybe 20 young men, all of whom appear disoriented, bored, or both. It’s hard to imagine a more persuasive limbo.

Farhad (Vikash Bhai) is his buddy, an Afghan who’s modeled his moustache on Freddie Mercury’s, and has been in this refugee camp almost three years without quite grasping the local lingo.

“That’s where they give the free eggs,” he tells Omar, who looks at the sign and asks, “What’s a ‘range egg’?”

Accommodations are spartan — no wi-fi, and only a single public phone in the middle of a field. And there’s a well-intentioned but scattershot cultural awareness program that offers the refugees tips about the country they’ve applied to for asylum.

Tips on, say, how to behave in a disco, in the unlikely event they should find themselves in one. “A smile is not an invitation” reads a legend on the blackboard as their instructor (Westworld‘s Sidse Babett Knudsen) dances seductively in the classroom..

Their plight as refugees is depicted in Limbo as desperate, but also wryly comic, as if writer-director Ben Sharrock sees them as stuck in a real-life Waiting For Godot, stranded in a starkly beautiful no-man’s-land, hoping against hope that it will prove more hospitable than the ones they left behind.

The landscape is even more beautiful in the breathtaking opening shot of Zhang Yimou’s Cliff Walkers, the camera looking down on four white circles drifting across a dense Chinese forest. Then the point of view shifts to below those circles — four parachutists crashing into tree branches so laden with snow, they’re instantly buried.

But they bounce up, pistols drawn, squinting in all directions. It’s 1931 and they’re Chinese agents, trained in Russia to fight the Japanese who’ve set up torture camps in Manchuria.

Before they quite get their bearings they’re separated and up to their eyeballs in far more than snow. Allies who aren’t what they seem, enemies who may be double agents, lies, traitors, double- and triple-crosses. And that’s all before they’ve even gotten where they’re going.

Zhang, celebrated for both masterworks (Raise the Red Lantern), and pop hits (House of Flying Daggers), can’t seem to make a film that isn’t visually exquisite. Here he revels in the period details — sleek, fitted trench coats, vintage cars, a drowning-in-neon movie theater playing Chaplin’s The Gold Rush — and sets his Communist spies to dismantling 1930s train cabins, picking locks with paper clips, drugging their own coffee, and generally playing with genre tricks that were time-honored when Hitchcock used them. All while slipping, sliding and — especially — shooting in a glistening, frigid landscape that would make Dr. Zhivago feel right at home.