Don’t hug the armadillos: Florida leprosy cases on the rise 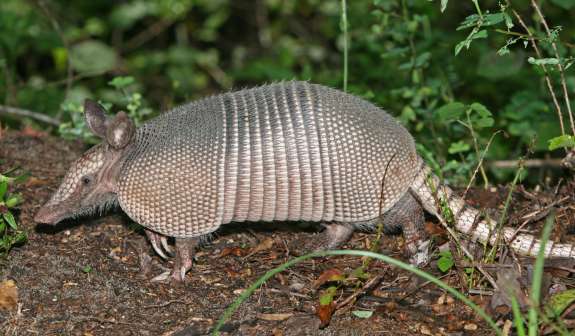 Health officials are warning residents to avoid contact with armadillos. Florida is seeing more leprosy cases than usual, and armadillos can be carriers.

Leprosy cases are on the rise in Florida. Florida has had nine confirmed cases so far in 2015.

The state typically sees two to twelve cases per year. That’s prompted the Florida Department of Health to warn residents to avoid armadillos, which can be carriers of the disease.

“If they are hunting or if they are trying to remove an armadillo from the area or their backyards, try and not handle them or if you need to do so, use gloves and not have direct contact with them,” Chamorro said.

Leprosy is treatable with antibiotics, but untreated patients can spread the disease.

The U.S. typically sees 200 to 250 new cases per year. Incubation can last anywhere from a few weeks to a few years.