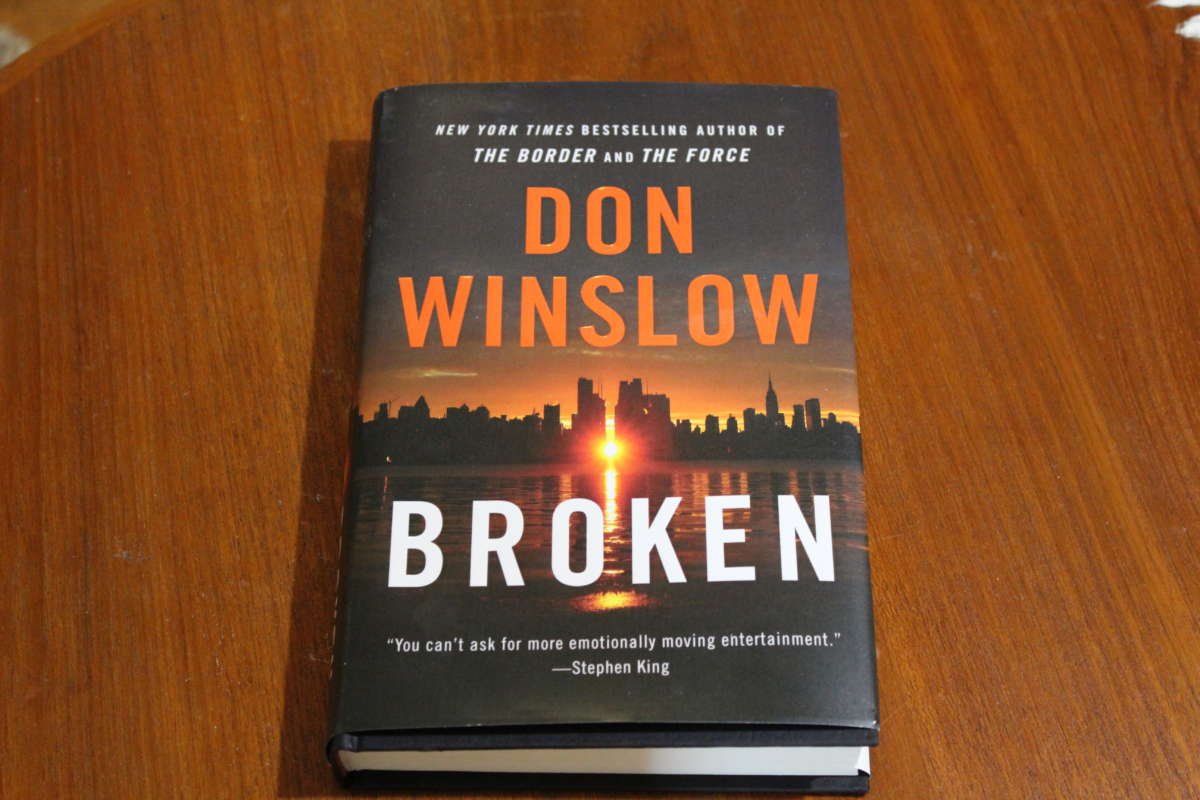 Author Don Winslow is best known for his epic crime fiction, including the Power of the Dog trilogy focused on the drug trade.

Winslow joined Intersection’s Matthew Peddie to talk about his new book, Broken, a collection of novellas. He also discusses what he’s reading and watching during the stay at home order- and the impact of the pandemic on his creativity.

Winslow said he never expected The Cartel to become a trilogy. When he finished the first novel, he said he was done with it. But he found himself saying that after he finished writing each book in the trilogy. Now he says he’s not making any promises that this will be the end of his drug war novels.

Broken  is a change of pace for Winslow, who said he’s been writing epics for the last 20 something years.

“During that time, though, I had ideas for other stories that I knew weren’t epics. They didn’t take place over decades and continents: they were in sort of one location with one or two major characters, in a short period of time, and so after I finished the trilogy, which was a third of my life, by the way, and I took a breath and thought, Okay, I’m gonna go back to some of these story ideas that I had, and see about this sort of mid length.”

The novellas that make up the book are set in New Orleans, Hawaii, Southern California and Texas.

Winslow said the setting is as important as the characters in his fiction, and he tries to visit the places that he writes about.

With an education in history and experience as a trial consultant, Winslow said it’s sometimes hard to draw a line between history and fiction.

His Power of the Dog trilogy will have life beyond its written pages. FX plans to produce a series with about 5 to 7 seasons based on the books.

“I think that gives it kind of a time and space to breath and be a little fuller and to incorporate more aspects of Mexican culture and life that sometimes get neglected in these things,” Winslow said.

Although he won’t be on the set while they’re filming, he’s at peace with knowing the series won’t be an exact replica of the books.

“I’m aware that novels and film and TV have different needs,” he said.

For now, Winslow said he’s hunkering down at his house in southern California working, reading, and watching movies. And he has no plans to dabble in pandemic or disaster fiction