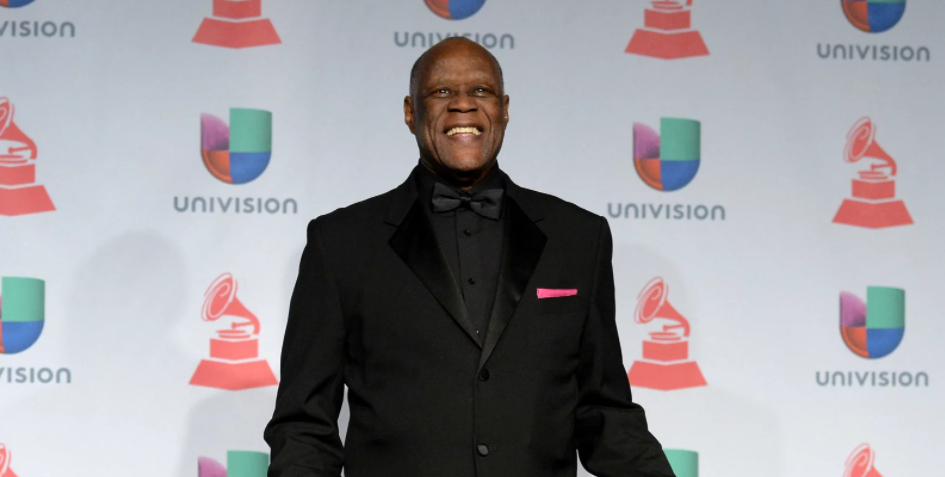 Johnny Ventura, seen here at the Latin Grammys in 2013, died at the age of 81 on Wednesday.
Image credit: Jason Merritt

The popular Dominican merengue musician Johnny Ventura has died. According to Dominican news media, the 81-year-old musician died after a sudden heart attack in his home country on Wednesday. The news was later confirmed by Ventura’s son on social media.

Ventura started life as Juan de Dios Ventura Soriano, and became well-known as El Caballo Mayor, as both his husky voice and the very danceable, Afro-Caribbean style of his chosen music became popular across Latin America.

Starting in the 1960s, Ventura had a string of hits that became classics (“Patacon Pisao,” “Pitaste,” “Merenguero Hasta La Tumbadora”) and also transformed merengue from a folk music to an international sensation. He further modernized the music by adding complex horn arrangements and even elements of rock and roll, which became a useful canvas for Ventura’s elaborate stage choreography and musical arrangements.

Just before his death, Ventura had posted about how much he was looking forward to performing in front of his fans after the long pandemic lockdown.

Ventura’s career coincided with a renewed interest in Afro-Caribbean music, thanks in no small part to New York-based record label Fania Records, which revived interest in work from Cuba, Puerto Rico and the Dominican Republic in the late ’60s and throughout the ’70s. The merenguero earned the respect and admiration of salsa stars like Celia Cruz, who recorded several songs featuring the hip-swinging style. Ventura also ventured into politics, serving first as vice mayor of the Dominican Republic’s capital city of Santo Domingo from 1994 to 1998, then as mayor from 1998 to 2002.