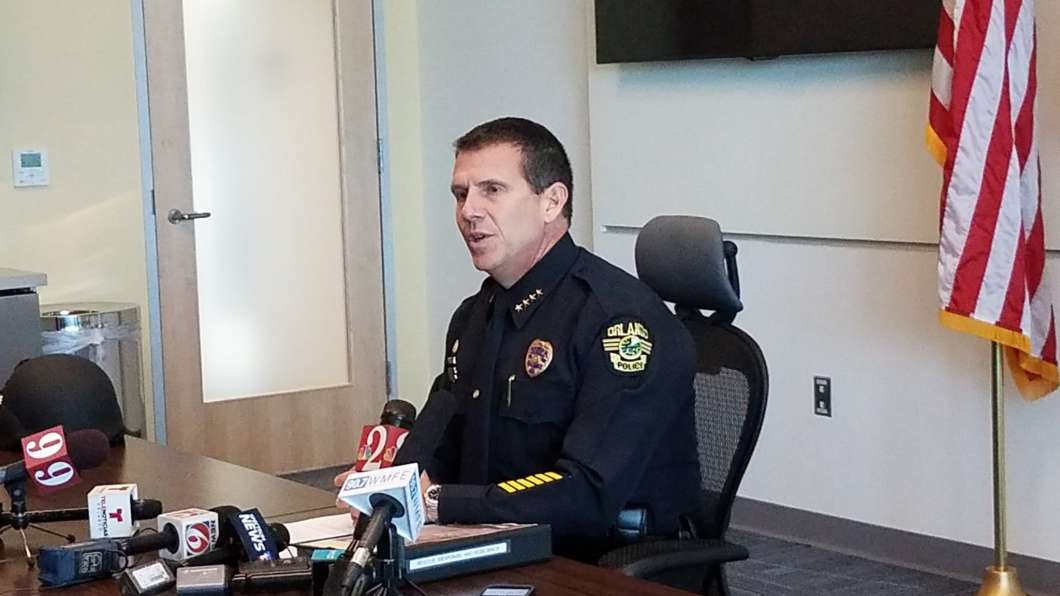 A new report from the Department of Justice and the Police Foundation takes a critical look at the police response to the Pulse nightclub shooting.

The nearly 200 page review concluded that the Orlando Police Department responded to the shooting in a “manner consistent with national best practices and under extremely volatile and difficult circumstances.”

But the review was critical of some aspects of the response. Approximately 300 Orlando area law enforcement personnel responded but the report said there was a need for better coordination.

The report concluded that Orlando Police Department officers followed appropriate protocols and national best practices by not engaging the shooter when he holed himself in a bathroom with hostages.

That decision came with criticism in the days and weeks following the shooting. It took police nearly three hours to end the standoff. The report suggests taking another look at the protocol in an active shooter and terrorism situations like Pulse.

“They made the assessment they thought was the best assessment at the time, there will be people who disagree with that assessment. Hopefully we can learn from that in the future and try to develop better tactics or a better way of dealing with situations like this,” said Blair.

There was also little communication ahead of the explosive breach that would lead to the end of the nearly three hour long standoff. Many perimeter officers were caught off guard and unprepared to help survivors rescued by the SWAT team.

The report found many of the first responders were ill-equipped to protect themselves against the gunman. The body armor issued to patrol officers offered little protection from the shooter’s weapons. Orlando Police Chief John Mina said that’s changed in the wake of Pulse. “One of the things we did immediate after the Pulse shooting was outfit our officers with Kevlar helmets and addition body armor,” he said after the report’s release.

Chris Grollnek, a retired SWAT operator for the city of McKinney, Texas and author, said the additional protection not only offers safety, but reassurance. “It’s a heaver armor, it handles heavier rounds and it literally makes you feel bullet proof which gives you more confidence to go in and stop a shooter.”

The report notes those that some officers that had the equipment didn’t wear it when responding to Pulse.

Paramedics were not allowed inside the club because it wasn’t deemed safe. So the report says departments need to figure out a plan on how to get victims out of hostile situations – whether it’s by training all personnel in emergency medicine, getting tactical medics trained or both.

The report also recommends during major incidents, an officer be dispatched proactively to the trauma center to improve communications. The report chided the police department for not having a decontamination facility ready. Many of the officers had to do their own cleanup.

Despite the critical review, Chief Mina said he’s satisfied with law enforcement’s response. “A lot of the lessons learned highlight what we did right and what we want to pass along to the rest of the law enforcement community.”

Mina requested the review after the 2016 shooting that killed 49 people. An FBI investigation considering the shooting is still ongoing and is looking at the possibility of friendly fire. Mina said he remains in contact with the FBI and doesn’t believe any victims were struck by friendly fire.