Do you have your photo ID? Don’t leave the house to vote without it 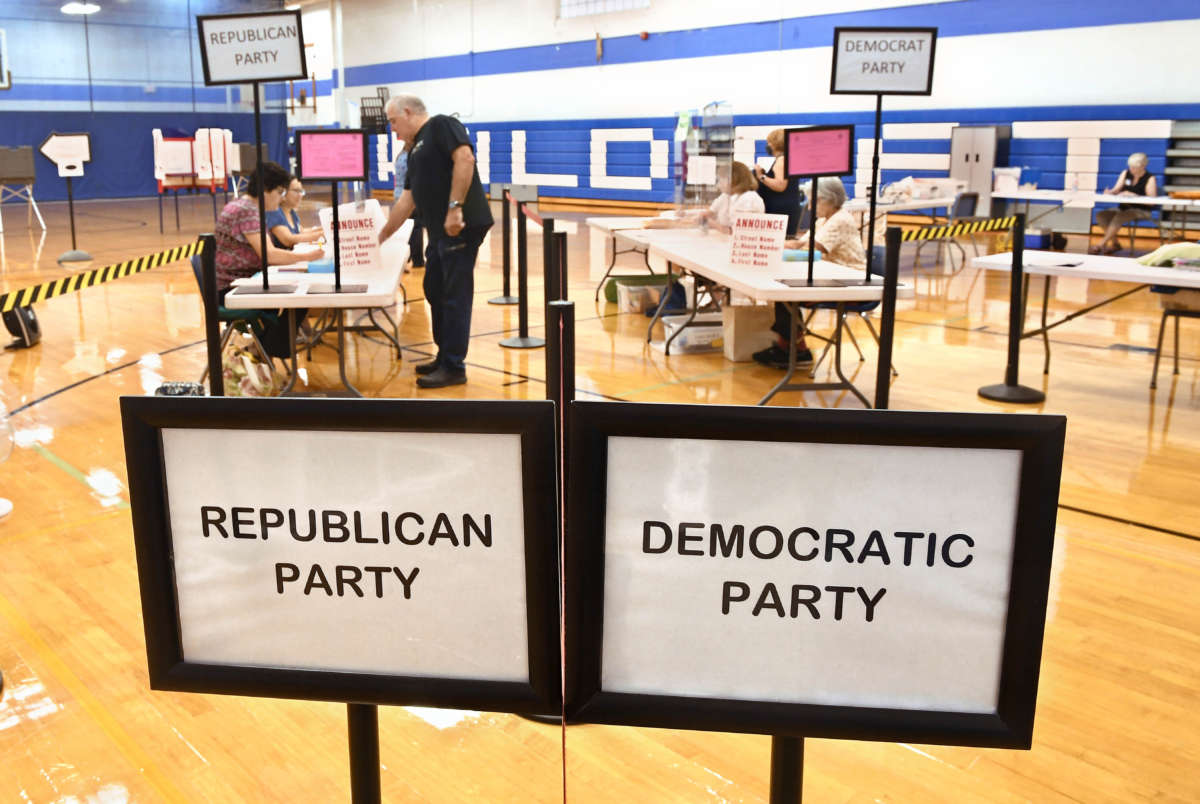 A voter checks in at Suffield Middle School on primary election day, Tuesday, Aug. 9, 2022, in Suffield, Conn. Suffield is one of several small towns in Connecticut where control was flipped from Democrats to Republicans in 2021 municipal races. (AP Photo/Jessica Hill)

Today is election day across Florida.

WMFE’s Danielle Prieur has these important reminders for voters headed to the polls.

FLORIDA VOTERS: As Florida’s Chief Election Officer, I want to remind you of the three options you have to vote in the upcoming Primary Election on Tuesday, August 23, 2022.
1) At the Polls on Election Day
2) Early Voting
3) Vote-By-Mail
.
Learn more: https://t.co/BovRaL2sll. pic.twitter.com/dUm5MmiApA

Polls across the state open at 7 am and close at 7 pm on Tuesday for Florida’s primary election.

Anyone in line by 7 pm when polls close will be allowed to cast a ballot.

In order to vote, you must show an eligible photo ID such as a driver’s license, passport, military ID or student ID.

Only people who have registered to vote in the state will be able to fill out a ballot.

Vote-by-mail ballots must be dropped off to supervisors of elections’ offices by 7 pm.